How to prepare yourself for your first time in Singapore

Nicknamed “Asia-lite”, Singapore is a gateway to the rest of Asia. Thanks to its colonial history, cosmopolitan vibe, global outlook and the fact that English is the lingua franca, Singapore makes it easy for first-time European visitors to get a taste of Asian culture without too big of a culture shock. The city-state’s shimmering skyscrapers, thriving food scene and iconic landmarks have long attracted tourists, expats, and international students who want to experience what the country’s ritzy hospitality industry has to offer.

As a food-obsessed nation, eating is a big part of Singapore’s culture and its flourishing culinary scene provides ample opportunities for chefs who’ve managed to carve a niche and went on to earn Michelin stars for their restaurants.

Pop culture-wise, you’ll find that most of the movies, books and experiences in and about Singapore are centred around food and the country’s rich culinary history. But beyond the surface, there is so much more about the local culture to uncover only after you visit the country and spend some time there. To prepare yourself for what to expect as a first-time visitor, here are some of the TV shows, books and virtual activities you should read, watch and participate in before coming to Singapore.

This 2018 romantic comedy adapted from a book of the same name by Singaporean-American novelist Kevin Kwan made waves for featuring an all-Asian cast from the United States, Malaysia, and England, with Singaporean actors like Tan Kheng Hua, Fiona Xie, Pierre Png and Janice Koh among others playing supporting roles.

Not only is the movie entertaining, it also doubles as a beginner’s guide to Singapore. The fictional movie showcases the glitzy and glamorous side of Singapore as it takes you through various famous tourist attractions such as Marina Bay Sands, Raffles Hotel, Gardens by the Bay, Chinatown and more in the movie. You’ll even get a glimpse of local food in a scene shot on location at Newton Food Centre, which is frequented by tourists in Singapore. Curious about what some of the houses of the rich look like in Singapore? The opulent family home in the movie is a real residence, though the movie’s set decorators embellished it with excessive gilding and gold pillars.

Join the show’s host, Phil Rosenthal, as he takes you on a virtual food tour of some of Singapore’s Michelin-star establishments such as BBQ restaurant Burnt Ends, Peranakan fine dining restaurant Candlenut, and The Long Bar at Raffles Hotel, where the Singapore Sling originated.

The good-natured host is joined by Singapore’s street food guru KF Seetoh (who’s previously also taken the late travel and food show host Anthony Bourdain on a food tour), and Bjorn Shen, Masterchef Singapore judge and chef-owner of Mediterranean restaurant Artichoke. In this episode, Phil and his unofficial food tour guides dig into mouthwatering local fare like chicken rice, duck rice, nasi lemak, and cool off with a refreshing ice cold glass of sugarcane juice. As a viewer, you’ll learn about Singapore’s hawker culture (which was added to the Unesco Representative List of the Intangible Cultural Heritage of Humanity in December 2020) at popular hawker centres like Maxwell Hawker Centre, Changi Village, and Tiong Bahru Hawker Market. Besides food, you’ll also get to see the stunning architecture in Singapore, including the indoor waterfall at Jewel Changi Airport. Watch it on Netflix.

Featuring a small cast of Japanese and Singaporean actors, Ramen Teh, also known as Ramen Shop, is a movie by critically acclaimed Singaporean director Eric Khoo.

The poignant movie is about a young ramen chef, Masato, who leaves his hometown in Japan to embark on a culinary journey to Singapore. After his emotionally distant father’s sudden death, he comes across a suitcase of memorabilia and an old diary left behind by his Singaporean mother who died when he was just ten years old. Armed with the diary, he takes off for Singapore in hopes of piecing together his family’s story. There he manages to track down his maternal uncle Ah Wee, who runs a bak kut teh stall.

In this movie, you’ll discover bak kut teh - a pork rib soup dish popular within the Chinese community in Singapore and Malaysia - and witness the coming together of Japanese and Singaporean food cultures and the creation of the fusion dish Ramen Teh shown in the movie. You’ll also get to see what a Singaporean Chinese home cooked dinner looks like in one of the scenes. Though emotional, the movie has also garnered reviews like “a foodie fix!” by Variety magazine, and “mouth-watering!” by Hollywood Reporter, so don’t watch it on an empty stomach.

André and His Olive Tree

This documentary follows chef André Chiang weeks before he officially closes his famed two-Michelin-starred restaurant André and returns his stars. In this heartfelt documentary, you’ll get an insight into his foray into culinary arts, and his pursuit of perfection in every aspect of running his restaurant. There are also interviews with and sound bites from his kitchen crew and front-of-house staff. As a viewer, you’ll find out what it was like for his employees who worked in the restaurant, and the potential career opportunities you could have if you want to pursue a career in food/hospitality in Singapore.

This movie doesn’t just revolve around the restaurant. You’ll also get a tiny glimpse of the restaurant’s surroundings, including the local eatery where Chef André has his lunch, a sneak peek of his personal life, including his supportive wife and their dog. Watch it on Netflix.

The Moonlight Palace by Liz Rosenberg 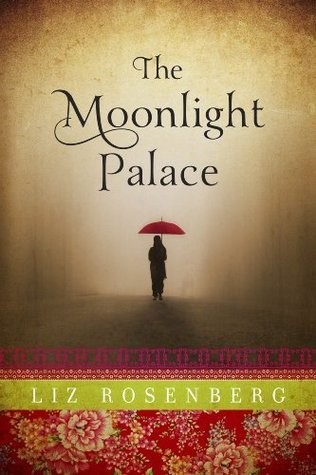 This novel tells the story of Agnes Hussein, a seventeen-year-old, a descendant of the last sultan of Singapore who lives with her granduncle in a crumbling palace given to her family in exchange for handing Singapore over to the British. Her once wealthy family has now fallen into poverty and she’s one of the last keepers of the palace. As a work of fiction, some of the details in this story may not be accurate, but there are factual mentions of Singapore’s colonial history, and the Muslim quarter of Kampong Glam. If you’re after a light easy read of some historical fiction, give this novel a shot.

Want to study abroad? Discover why Singapore is the ideal Asia destination for your Hospitality Management studies.