Hoteliers have had diverse reactions to the growth of so-called 'sharing economy' accommodation rental websites, as exemplified by Airbnb.

While there has been an almost exclusive focus on the San Francisco-based giant, there are numerous other companies in this business like Expedia's HomeAway, 9flats, HouseTrip which was bought by TripAdvisor, and Booking.com, which lists over 500'000 holiday rentals.

Some major hotel chain CEO's, like Marriott's Arne Sorenson or Hilton's Chris Nassetta, have expressed insouciance regarding the meteoric rise of Airbnb and its cohorts. They basically maintain that the rental platforms are broadening the travel market much as the low cost carriers did two decades ago by allowing people to travel who otherwise couldn't have afforded to do so previously.

Indeed, according to Chip Conley, the iconic California hotelier who recently resigned as COO of Airbnb, the main target clientele of Airbnb is not millennial travellers, but families.

He has also noted that the average length of stay at Airbnb is about twice as long as the hotel average of two days, which implies that the two types of lodging serve essentially different market segments.

However, hotel association like hotelleriesuisse, the AHLA (American Hotel & Lodging Association) or HOTREC (Hotels, Restaurants, Cafés and similar establishments in Europe) view the sites as a threat and have lobbied for stricter controls on the platforms, so as to create "a level playing field" between them and the hotel industry. 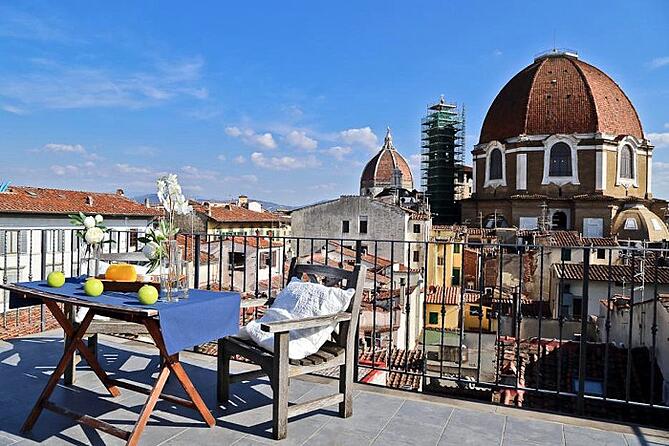 Yet some hoteliers have taken a different route, seeking to embrace the new economy lodging players.

Madrid – based Room Mate currently has 22 hotels and about 10 in the pipeline. The properties can be described as upscale limited serviced designer hotels and are located in the centre of major European and North American cities.

Interestingly, all the group's hotels are leased, which can facilitate expansion in many European markets, (e.g. Germany and Switzerland).

Room Mate's Be Mate unit offers guests the alternative of renting an apartment in the immediate vicinity of some of Room Mate's hotel properties.

The apartments have been handpicked and vetted by the chain and, as a rule of thumb, should be within a 10-minute walk of a Room Mate hotel property.

According to the company, only 1 in 5 apartments offered are accepted.

Only the best are chosen

Be Mate's apartment selection is based on 76 criteria which can be grouped into specific categories, including: quality, design, location, amenities and services, and additional details that can affect a client's stay, such as noise level.

The group puts particular emphasis on the quality of the photos which must be of a professional calibre and should accurately reflect the reality of the accommodation, so as to avoid client disappointments.

Every apartment is visited by one of the group's city managers, who are responsible for pre-selection, and then is reviewed and approved or rejected by Be Mate's listing quality team.

In summary, apartment ratings are based on three aspects:hospitality best practices as defined by Room Mate Hotels; feedback from customers; and common sense, i.e. would the reviewer stay in the apartment or recommend it to friends, family or colleagues?

Where are they and how can they be booked?

Currently, Be Mate apartments are available in major cities, including London, New York, and Barcelona.

Additional markets where Room Mate already has hotels are under consideration, as well as cities where the chain expects to have a presence in future, such as Paris, London or Rome.

The group claims to have about 10’000 apartments in the network already, but only 100 to 200 per locations seem to be available on any specific date.

While about 80% of the apartments offered for rent are also listed on Airbnb, Be Mate has its own booking site, which charges property owners 15% and the guest 5%. (This can be compared to Airbnb which charges guests 6% to 12% and owners a minimum 3% for booking.) 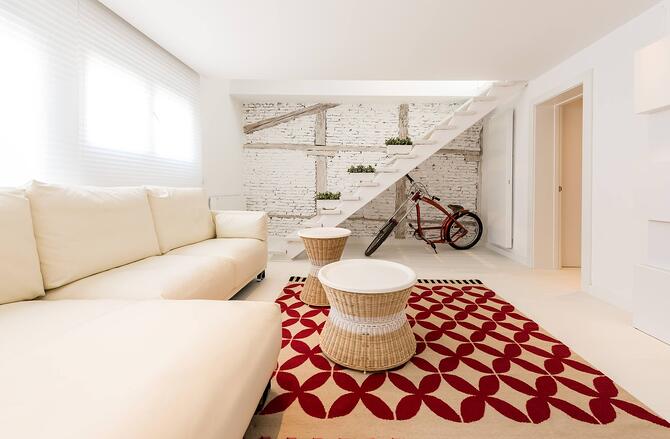 Besides the assurance of staying in apartments that have been subjected to some relatively strict selection criteria, guests also benefit from basic hotel services like 24-hour check-in, check-out and luggage handling.

Additional services can be ordered and paid extra, such as daily room service, airport transfers and catering.

Also, the chain's WiMate device provides clients with 3G connection to mobile devices or laptops anywhere in the city and is free of charge.

It's too early to tell whether Be Mate's business model will be a roaring success or not.

But so far, the chain's seems to offer the best example of a fusion between standard hotel services and the new 'sharing economy'.

In any case, it's likely that the big international chains will move progressively to integrate alternative accommodation possibilities into their repertoire, as AccorHotels has already done to a certain extent.