“Service Robots” come with a variety of ethical questions regarding their use. Research in this field can help to find the win-win balance where companies reduce their costs, adapt employee activities and give customers added value with the right use of robot technology.

A newcomer in the service sector

Around the world, a lot of people have lost their jobs during the pandemic. In parallel, automation, AI, and the usage of robots are becoming more and more frequent. Indeed, the health situation has increased firms’ digitalization and automatization processes. In the past, when automation has eliminated jobs, companies created new ones to meet their needs. This, however, is no longer the case. Indeed, as automation lets companies do more with fewer people, successful companies do not need as many workers. As pointed out by Semuels (2020), in 1964 the most valuable company in the U.S. was AT&T with 758,611 employees. The most valuable company today is Apple, which has around 137,000 employees.

The service sector has always been a laboratory for innovation, as it is an inflection point between productivity and personalization. In this matter, technologies such as AI, cloud computing and data banks have been implemented to revolutionize the future of the industry. Robotics, of course, is also a newcomer in the service sector. Robots used in this field are called “service robots”.

SERVICE EXCELLENCE TOOLKIT
With this 7-step process, you will have all the tools you need
to master your company Customer Experience.

The goal of our research was to focus on the ethical issues linked to the interaction between humans and robots in a service delivery context. We want to see how ethics influence users’ intention to use a robot in a frontline service context. 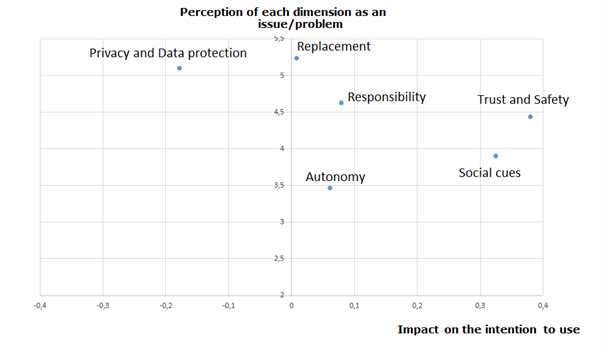 Figure 1: Perception of each dimension & the impact of intention to use

6 main ethical concerns of robots in the service industry

In order to optimize the use of robots, we advise companies to heed the following ethical concerns:

Many companies are in the midst of the digital transformation process with a view to reducing their costs, creating an original customer experience or increasing productivity. The challenge is to find a win-win balance where the company reduces its costs, adapts the activities of its employees, and at the same time the customer feels the added value in the use of this kind of technology. The societal impact will be significant over the next few years and these ethical questions will be at the heart of reflections in this area.

For more information find the research paper on the ethical links related to customer service robots and human interaction here.