Could Saudi Arabia Become the Next Tourism Leader in the Middle East? 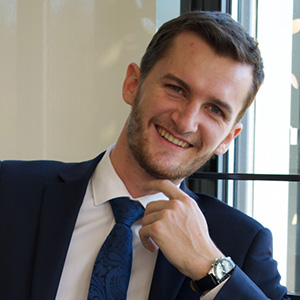 Over the last few years, Saudi Arabia has put a lot of efforts into diversifying its economy from oil. Previously, only those with business visas, religious pilgrims and expatriate workers could visit Saudi Arabia. The kingdom's 2019 decision to release tourist visas and 2020 decision to allow tourists with existing US, UK and Schengen Area visas are surely set to have a positive long-term impact on its tourism market. Also, the country has a long-term vision focusing on growing tourism and has been making major investments toward this project.


A Kingdom with high potential

Saudi Arabia seems to consider itself ready to become the new tourism force of the region. Indeed, thanks to its Vision 2030 project, the Kingdom has been focusing on opening itself to the world and has planned $810 billion of investments in culture, leisure and entertainment projects over the next decade. This strategy has already significantly enhanced the country's attractiveness as a tourist destination. It’s already making progress toward its goal to have 100 million visitors to the country by 2030.

According to the World Travel and Tourism Council (WTTC), the Kingdom is expected to reach 22.1 million in international arrivals by 2025, which would be nearly 40% higher than Dubai's current visitors.

This projected growth is mainly due to a particular focus on creating a brand-new hospitality landscape. Saudi Arabia's tourism has been able to highlight its strengths by launching giga projects across the Kingdom.

Case in point, several massive leisure projects are emerging on the western coast, which seems to have been chosen by the Kingdom to become the new leisure area of the country thanks to its exceptional biodiversity.

One of these projects, the Amaala, also called the "Middle East Riviera", is expected to generate alone 2,500 luxury hotels rooms and more than 22,000 jobs by its completion in 2028. All those projects aim to retain Saudi tourists in the Kingdom, rather than see them travel to the UAE, as well as to attract international tourism.

Other giga projects include an investment of $500 billion into Neom, a futuristic city designed to be sustainable; a $10 billion investment into an entertainment project called Qiddiyah Project; and the Red Sea Project which will feature 90 islands for people to visit. The country is also investing into projects that promote Saudi heritage.

In parallel to those leisure developments, the Vision 2030 project aims to increase international religious tourists for the Umrah to 30 million by 2030. This would mean doubling the number of religious visas and therefore the demand.

With those changes, Jeddah, transit city for pilgrimages to the Islamic holy cities of Mecca and Medina, is expecting an additional 1,800 and 2,000 keys in 2020 and 2021 respectively with the creation of new luxury properties such as the new Jeddah Marriott or the new Shangri-la Jeddah Hotel.

Moreover, the religious visas will now be convertible into non-religious foreign tourists' visas to encourage people to visit the Kingdom's new touristic infrastructures.

The number of Muslim travelers is expected to go from 25 million in 2000 to a quarter billion in 2026. This increased travel highlights the need for cultural sensitivity toward this population in the hospitality and tourism industry. To be ready for the increased growth of Muslim travelers and increase cultural sensitivity, the Halal Travel Frontier 2019 report featured tourism trends that can be used as a guide. These trends show that environmental justice and technology like artificial intelligence and augmented reality will be important parts of Halal tourism.

Hotels are learning to adapt by connecting guests with Ramadan services, providing Halal food and otherwise accommodating the values of Muslim travelers. For Saudi Arabia travel, the process for Muslims to gain a visa to visit Mecca is becoming easier.

Thanks to its development projects and its decision to release non-touristic visas, Saudi Arabia tourism will probably become a significant player in the Middle East market and will therefore be posing a real threat to the tourism economy of its neighboring countries such as the United Arab Emirates.

As many investors are starting to consider UAE and more specifically Dubai as a saturated market in terms of hotel supply, the Emirates are already seeing foreign investors and expatriates leaving to Saudi Arabia for better opportunities and salaries.

Moreover, the new Saudi Arabia's strategy to retain Saudi tourists in the Kingdom and attract international tourists also means a fiercer competition and an eventual redistribution of market shares in the long term in the region.

Also, the country is already meeting amazing standards. In 2019, the city of Jeddah showed the highest average revenue per day across the globe. In H1 of 2019, hotel occupancy rose in three cities: Makkah, Riyadh and Dammam. These and other markers give a positive outlook for tourism and hospitality in Saudi Arabia going forward.

Challenges to be faced

Even if Saudi Arabia seems ready to become a new tourism force in the Middle East, the Kingdom still faces many challenges, particularly in terms of political stability. The Kingdom has yet to win the confidence of potential international tourists and change its perception from potential tourists around security matters, human rights and equal treatment or even a rigid legal system.

Besides, the Kingdom's various strengths, such as its historical heritage and the biodiversity of the Red Sea, are often not well known abroad. Even with major investment from the government to promote the Kingdom, it will take time for people to change their negative perception.

Neighboring countries have decided to not remain without a response to this Saudi development. Indeed, last July, UAE was announcing one of its most drastic steps yet to stop Saudi from encroaching on its lead to attracting foreign investors. The country offered 100 percent foreign ownership in 122 economic sectors.

Saudi Arabia seems ready to take on its challenges and continue moving forward with its Vision 2030. It has been acknowledging some of these challenges through its plans, which include expanding visas to those of certain countries and working on social reforms.

Another major challenge is the impact of the COVID-19 pandemic, which has been affecting tourism across the world. This challenge hit during the ambitious Vision 2030, potentially interfering with keeping the plan on track. Due to coronavirus, Saudi Arabia has faced social lockdowns, stopped flights and border closures that have all had a significant impact on tourism. This has lowered Marketresearch.com’s short-term and medium-term outlooks for tourism in Saudi Arabia.

Despite challenges like the coronavirus pandemic and competition from other tourism markets, Saudi Arabia is poised to grow in tourism and hospitality toward its Vision 2030 goals. Its important projects and major government investments are creating opportunity for people to work in these industries. Studying hospitality through a respected program will help you prepare for Saudi Arabia career opportunities. Consider gaining a degree through a respected hospitality school, where you will gain academic and hands-on experience to put toward job opportunities for your career growth.

3 Innovative Business Models To Watch In 2022

Leading with cultural intelligence in a multicultural workplace