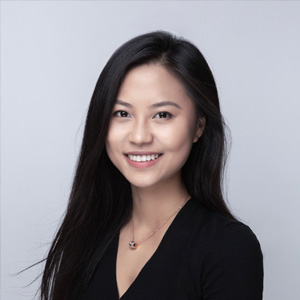 We would all like to be rich enough to buy a trophy hotel in central London, Paris or Singapore. Imagine the kudos in being able to invite your friends round for dinner. But in reality, what presents the better value in terms of returns?

Lifestyle and boutique hotels: more than a fad

Speaking at a panel discussion at Ecole hôtelière de Lausanne, he said these hotels were not regarded as being of institutional quality. That is, “the big investors didn’t buy them”. However over the past couple of decades, all that has changed. “Today everyone is copying them. So they’re no longer quirky and unique”.

We invest in luxury hotels and in lifestyle hotels because in that space the hotel brands that are most impacted by them are your traditional, great Hilton, Marriott, Sheraton. You know what you’re going to get: good service, but in terms of design, they’re nothing special. Whereas if you go to a Schrager Hotel or a YOO Hotel, they still have that great service but they’re much better designed, much more happening, a place you want to be in.

“In terms of the luxury space, the luxury operators are beginning to see why people stay in these lifestyle hotels and they’re changing their ways as well. So a luxury hotel doesn’t mean anymore it’s got marble floors and gold taps; it can still be very happening, very trendy. Just because you have money doesn’t mean you become boring all of a sudden. And that’s changing, particularly with all the dot-com expansion in the world. So it’s having a huge impact across our sector, all of our hotels – both from an investment and guest perception.”

Mankarious was taking part in a panel discussion on “Reinventing luxury hospitality – how can we invest innovatively?” at the Young Hoteliers Summit. Also on the panel were Marco P. Nijhof of Value Retail, as well as alumni David Samson (AEHL, 2011) of Deloitte UK and Philipp Henle (AEHL, 2008) of the Dorchester Collection.

The lifestyle movement is here to stay

According to Henle, the Dorchester Collection’s Head of Global Development, the lifestyle movement is here to stay. “There are different concepts and I always say there’s a lid for every pot.”

Many of the hotels which form the Dorchester Collection, owned by the Brunei Investment Agency, are “classical high luxury” – hotels such as The Dorchester, the Plaza Athénée and Le Richemond to name a few. “That doesn’t mean that Dorchester Collection doesn’t change, doesn’t think lifestyle,” says Henle, “but we like to think lifestyle on our customers’ side. What do they expect? How can we improve our services to cater to their needs? Product-wise, clearly with the Dorchester in London or Le Richemond in Geneva or the Beverly Hills Hotel in Los Angeles, we are very much the marble and the golden taps, the very high-spec product.”

However within this portfolio there is also 45 Park Lane which is more like a contemporary product: very boutique, only 45 rooms, currently the RevPAR (revenue per available room) leader in the London market. So there is luxury – classical luxury, lifestyle luxury and everyone has his lid.

Marco Nijhof, a consultant with Value Retail who started out as a bellboy and went on to manage the Burj Al Arab Jumeirah in Dubai, says luxury and lifestyle are merging. “W Hotels were funky, four-star hotels. Now they’re five-star, full-price hotels.”

Luxury and lifestyle are now combined. They all play into the experience economy but at the end of the day, the new consumer is looking more to an expectation – and that expectation is changing very rapidly.

Lifestyle hotels are doing well, he says, because they communicate differently. “They start communicating on different platforms and these platforms go much faster than the traditional platforms in the way hotels communicate today. And I think communication is where the difference will be made.”

Reflecting on the hospitality sector, David Samson, a manager with Deloitte UK, says the smaller independent hotels are able to be more creative in their offerings, while the major hotel chains find it very difficult to be innovative and create new brands.

He adds he personally prefers to stay at a boutique than at a grand dame. “Ultimately it’s probably not that much about the rooms anymore; it’s much more about the lifestyle that fits my personal taste but also the facilities that you get. And there’s so much choice around these days that you can choose and be very particular in where you stay.”

Samson also believes there’s a lid for every pot.

When you look at luxury, there’s an unprecedented level of investment going into the space. Since the financial crisis about 12 billion dollars were invested in Europe in the luxury space. Switzerland has more than a billion in itself. And there are certainly investors and buyers who are very attracted to trophy assets, to luxury hotels. When you think about high net worth individuals, the thinking process is, ‘okay I’ve got a nice house, yacht and a private jet. What’s next?’ It seems that for a lot of these guys, it’s a hotel that you can invite your friends over and say, look this is my Four Seasons …

As Henle points out, the typical trophy investor isn’t necessarily looking for yields. “These types of investors still exist but in general those times are over. ‘I love that hotel and overpay, and then I give it to an operator. And the operator has to deliver on my trophy’. However, by definition, there’s no return so although the owner may be happy – for several years – to pay out money every year from his pocket to keep the hotel afloat financially, “there’s only so much time an owner is willing to continue to pay for an operator to run his trophy.”

So what then makes more sense financially as an investment? The classical luxury hotel or lifestyle, boutique hotel?

For Ramsey Mankarious of Cedar Capital Partners, it’s all about profitability.

“If you look at the first Ws, they were conversions of Holiday Inn hotels. They just took a pretty boring property, sexed them up, made them cool and charged a lot more money. If you look at a W today, it’s very expensive to build, more expensive than a Sheraton. So it evolved.”

Cedar Capital has just bought a three-star hotel in Prague which will be converted into a Mama Shelter to make it ‘cooler and hipper.’

“There isn’t really that product in the market today in Prague and we’re doing it purely because we hope to double the rate, make more money on the bottom line, without spending a huge fortune to get to that level. So in our view, as an investor, it’s all about money. It’s more efficient and more profitable to invest in these types of hotel than to buy another product.” But, he adds, while some lifestyle hotels may be attracting plenty of ‘hipsters’ to their lobby areas, “the real challenge is to get all those cool people to spend money so you can make a profit. It’s a balance.”

It also comes down to location.

Classical luxury requires a location in an upmarket part of cities such as London or Paris, whereas lifestyle hotels tend to be situated in edgier locations. Think of Shoreditch in London, where The Hoxton is located. According to Deloitte’s Samson, the Shangri-La in The Shard has struggled as it’s not a prime location and that despite the quality of the building itself.

But while the Dorchester’s location is ‘A+,’ Mankarious says lifestyle brands are more often than not in “secondary, dodgy locations (where) you create something cool. You’re buying it cheap because it’s not in the best location.”

You create something very cool, very happening, and people come to it. But I would never put a Ritz Carlton in that location. It would never have a chance but something edgy works.

So it is, in effect, an investment play.

Edgy, cheap and you’re trying to connect with your target audience,” says Henle. “The artists and the hipsters don’t want to stay in the best place, a triple-A location. They want to be connected to people: where the best bars, the music scene and the art scene are. Hence you get away with a secondary location. (But) not in our space.

For Henle of the Dorchester Collection, it all depends on your investment strategy.

“You probably get a bigger bang for the buck in lifestyle in a shorter investment period. In the luxury space it tends to narrow down the type of investors who can actually afford to invest in luxury because of the higher entry price and because it takes much longer to get returns on asset appreciation rather than on cash-on-cash returns every year.”

So there are two different strategies behind lifestyle and luxury investing – or rather top-end luxury, where your investment horizon is not three to five years but 10 years plus – or in our case, for some of our properties, an eternity.

What is impressive is the blurring of boundaries between luxury and lifestyle, and that they now seem to coexist in one shelf-space. Luxury used to be defined as specific guest amenities, room sizes, service levels and product quality; now it can be determined by the guest experience and rankings. A “five star” hotel is no longer even mentioned as part of a description when guests talk about a luxury or lifestyle hotel experience. Hotel service culture is being questioned – what is a luxury experience? The formal greeting at a Four Seasons or the informality at an Edition hotel?

From an investor perspective, the informality of guest service levels and the flexibility around product specifications potentially make lifestyle hotels a more compelling proposition, as they allow for potentially lower overall investment and higher operating margins than classical luxury hotels.

Luxury is also no longer confined to the top end of the hotel spectrum, as we have seen the emergence of “affordable luxury” with brands such as CitizenM, Moxy and Mama Shelter, whose parent companies’ position the brands at the top-ends of their respective categories.

It is clear that the entire definition of luxury is being shaken-up, by both the consumer and investment communities. It is expected that this blurring of boundaries will only continue, as it will be in investors’ interests that consumers are prepared to pay a premium to experience hotels and brands which outperform, versus the amount invested.

The spa and fitness center: a bonus or disincentive?

For Ramsey Mankarious of Cedar Capital, a beautiful spa used to be a great advantage for a luxury hotel – a necessity or must-have. “But financially, very few spas make money. When they do make money it’s a plus. “

“That’s the real challenge for the spas. If you’re a standalone facility it’s a different business model, but it’s very hard to make money from a hotel spa.”

David Samson of Deloitte UK says many spas and gyms were an afterthought, something the hotel felt it had to offer. “If you go to hotel gyms they’re all appalling. They’re far worse than any of the budget brands and gyms.” On the other hand, Equinox, which started out as a high-end gym in New York, is building “a hotel around that concept so it’s going to be much more focused, individualized to what you need. These guys are experts and know how to run it profitability as well.”

According to Marco Nijhof of Value Retail, many hotels bring in operators to run spas and fitness centers but then they don’t make money due to management fees. But if a hotel does choose to operate the spa itself, it has to have the people “to run it properly, otherwise it becomes a disincentive, because it’s a poor service and experience.”