Art & wine: Using art as a means of promoting wine 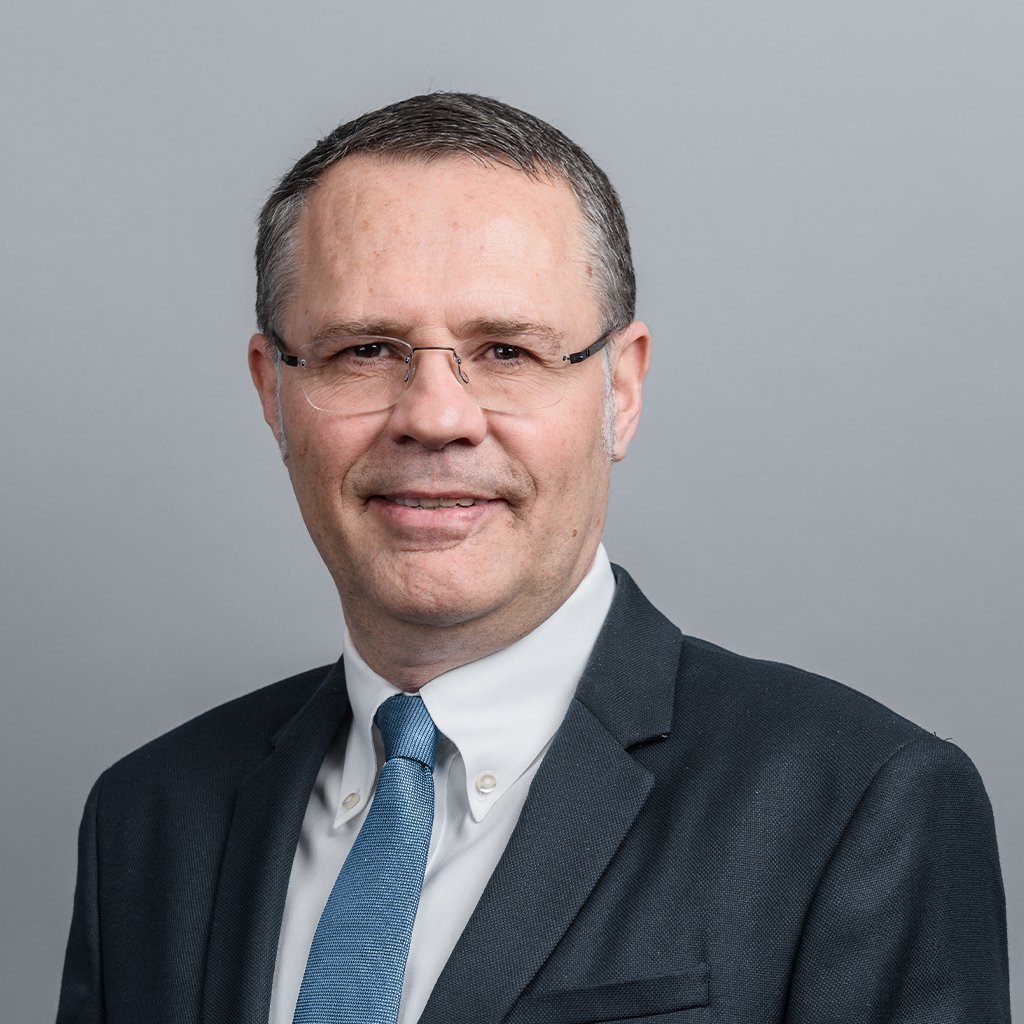 In recent years, the esthetics involved in drinking wine have become increasingly important. Wine is not drunk for its taste alone but also for what it represents financially, socially and culturally. Wine reflects a certain status for its drinker or buyer. Consuming wine goes above and beyond mere pleasure. Certain wines are considered works of art and winemakers are seen as artists. The extravagant prices fetched in auction houses has had the effect of breaking down barriers between wine and art.

Marketing trends: From Nestlé to Ikea

Art has been used in marketing for a long time to promote quotidian consumer products because it makes them more attractive (and, de facto, consuming them becomes more esthetic or at least linked to an artistic symbol). For instance, IKEA uses street art that smacks of Banksy to embellish its façades and communicate to its customers. A few years back, the store launched a limited-edition collection dedicated to street art, which enabled them to communicate about its brand and identify it with the codes of street art while burnishing its reputation and increasing its visibility. Another strident example is Nestlé, which for years has used a Vermeer painting on its yogurt packaging to lend a reassuring image of its product and differentiate it from other brands.

The Pop Art revolution in the 1960s has, in terms of marketing, filled the gap between art and mass consumption products, and positioned itself as a rampart against a certain form of artistic elitism. It enabled art to reach the masses and shed the chains of academism. From this period, “the borders between art and advertising have become more porous” (Gibbon, 2006). Andy Warhol was its instigator because he used simple household products to express his artistic genius.

Leveraging art as a marketing tool

The wine industry has followed in these footsteps and now a myriad of products and brands regularly lean on art to communicate to customers. Surprisingly, this method of communication isn’t reserved for the elites; companies, sometimes even relatively modest ones that don’t have extensive visibility, leverage art as a marketing tool as we’ll see below.

Making the connection between art enables consumers to increase the tasting experience and to associate themselves with the prestige of the artistic creation. The experience that follows the purchase is multiform. During the tasting, the intersensory links are reinforced; it’s no longer just about admiring the taste of the wine but also to develop the visual aspects of the bottle.

Using art to market wine creates a direct link between the intrinsic qualities of the product and the esthetic qualities inherent in a work of art. Making the link between a ‘consumable’ product and a work of art also modifies the consumer’s perception of the attributes of that product. While wine is produced in limited quantities, associating it with a specific artwork makes it even more unique, creating a certain form of originality and reflecting a status that goes beyond that of a simple beverage. The message sent by the wine producer is crystal clear: we’re not content to just produce wine, we also want to create an entire experience that is about more than simply drinking good wine.

For some winemakers, art is at the heart of their marketing strategy. This is the case for certain iconic brands such as Dom Pérignon, which regularly invites contemporary artists (Jeff Koons and Tokujin Yoshioka, for example) to collaborate on limited edition champagnes. The goal is to communicate about the intrinsic quality of the product (the taste) as well as its extrinsic qualities (the brand also has 'good taste’). The symbolism here is important. Because a renowned artist has drawn the label, a very strong bond has been made with the wine, which is also seen as a work of art by a famous artist.

Other wine producing companies also hire artists to create a work of art that will then be tied to a certain type of wine via the label. The first and foremost example is undoubtedly Baron Philippe de Rothschild (the first artist to have created a label for the brand was Jean Carlu in 1924, followed by Philippe Jullian in 1945). Château Mouton Rothschild then perpetuated this tradition by pairing each vintage with a contemporary artist to whom they entrusted the design of the grand cru’s label. Mouton Rothschild unambiguously created a close link between art and wine. Each year, connoisseurs wait with bated breath for the announcement of which artist will be designing the new label. For Mouton, the principle is ‘written in stone’ and for the buyer the brand is forever associated with the prestige of its label.

Yet, this principle is not limited to the most famous brands only. For example, the cooperative in St Chinian (Languedoc Roussillon in France) has proven that wine and art can be brought together even for less-than-iconic wines. The cooperative obtained funding from the local department (Hérault in France) and the wine tourism board to be able to carry out the project. For each vintage, an up-and-coming artist is invited (for the 2019 vintage a Swiss artist, Laura Chaplin, was selected) to the winery to taste the wine with an expert. After the tasting, the artist paints a fresco that will then be transformed into a label for the vintage. The winery hired a communications firm to convince the cooperative’s wine makers of the project’s benefits and to draw up a marketing strategy thereafter. According to the marketing director, this initiative attracted a different clientele that was interested in the artistic initiative and not just the wine itself. The frescos are displayed in the wine tasting room and the bottles with the artist’s label are available for sale to visitors. The initiative also created a buzz in the local newspapers and professional reviews (e.g., Revue des vins de France). The initiative has given the cooperative local and national visibility entirely free of charge.

For some companies, working with local artists strengthens links with the surrounding social fabric and land while creating a community around art and wine. Synergies with wine are not limited to the visual arts. Music - due to its close ties to wine (e.g. similar terminology) - can help us reveal certain intermodal relationships and create an intersensory experience (e.g. we use several senses when sipping wine while listening to music). Many hypotheses have been formulated over the years about music’s influence on wine consumption and purchasing activity, which has been supported by recent, scientifically-sound research. For instance, music can influence customers who are in the act of purchasing wine (Areni and Kim, 1993) (Northand et al., 1999). In addition, it has been proven that “music and sound change how we perceive aromas, taste and flavors” (Spence et al., 2010). For wine, aggressive or loud music will make wine taste more pronounced (North, 2012).

The analogy between music and wine helps the wine industry to implement “multisensory marketing” (Knoeferle, 2015) and enhance wine tasting. However, most musical experiences that companies have designed are not based on science but are, rather, a type of non-verbal communication. Krug, for example, has begun in recent years to use music as a marketing tool. Each “Grande Cuvée” is accompanied by a playlist compiled by artists who draw inspiration from tasting the champagne. Krug extends the metaphor between musical creation (orchestra) and the creation of its cuvée. The process of making champagne thus becomes an allegory for creating music. Wine, like music, is open to interpretation and there is freedom in the way the two are paired.

Experiments are popping up everywhere and have resulted in a wide variety of creations. Some winemakers have been really creative and are breaking stereotypes about how wine and music are supposed to go together. The experience of La Fleur Cardinale, which is part of the St. Emilion Grand Cru Classé appellation, strays from wine’s traditional pairing with jazz or classical music. In a video, the winery shows how its assemblage comes together: each wine that enters the mix has a different sound and instrument. The various sounds are then played together to explain the harmonious taste of the cuvée. The music is, surprisingly, rock music. Wineries are also teaming up with music festivals, even when the two styles seem opposed. For instance, the notorious Hellfest, held in the Muscadet region, is a mecca for heavy metal fans and yet the region’s winemakers have latched onto its popularity to promote Muscadet wine and sell over 14,000 liters of its dry white wine in the process!

Utilizing art for promotional purposes is not without risk, especially when the winery intentionally likens its wine to a work of music. The biggest risk is if consumers don’t react positively to the comparison and they see it as a cheap marketing ploy. Another risk is the attempt to compare a high-volume wine with a singular, one-of-a-kind artwork. The message can be unflattering when there is a large gap between the information being communicated via the work of art and the wine. For a label, to take one example, its aesthetic may not reflect the quality of the wine at all. The approach consisting in associating wine and art must remain logical and sober.

Customers may find the winery’s new approach off-putting, jarring or even uncouth. In another example, geographic location may not make it possible to attract a new clientele of art lovers. This was the case for a winery in a fairly rural Swiss canton that, back in 2012, partnered with street artists. Unfortunately, the company’s geographic isolation doomed the costly project over the long run as it failed to lure more urban wine drinkers. Or maybe they were just ahead of their time…

Enjoyed this article? Find out more about the relationship between wine and art in part 1: Is wine a work of art and is the winemaker an artist?