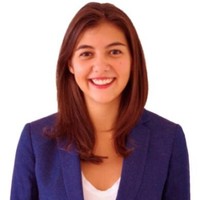 Let me take you back to the early 20th century. A relentless drive for productivity, a million workers conditioned to the same dreary routine, a capitalist world ushered into the mass production age. The consequence: professional disillusion.

All that workers wished for was an escape from the humdrum of their lives. Since then, a subtle separation started to build up between the notions of work and play. Evidently, fun was not part of the professional life. The clash was not fortuitous.

The evolution to a new era

The good news: Technology has reduced the need for a rampant labor exploitation, at least in most developed countries and, simultaneously, consumers have become more experience-oriented. Thereupon, many organizations have moved away from Fordism and its production-line paradigm. Instead, they are striving to create unique value through their offerings. Take our industry for instance, hoteliers continuously attempt to dazzle their clients through personalized experiences. According to hotel top-management experts, we are not in the business of 'selling sleep' anymore, but rather in the business of 'creating dreams'.

But in order to outsmart the competition with fresh ideas, we firstly need an environment that turns work into a meaningful experience and therefore attracts and retains creative talent. Subsequently, helping to foster creativity and well-being in the workplace.

But, are organizations prepared to loosen their hierarchical structure and strict control? Are they ready to tolerate play at work? Can they cope with the very idea that for creatives play might be the core motive of work?

Two organizational creativity researchers, Charalampos (Babis) Mainemelis and Marc Stierand, have presented a paper at the Annual Meeting of the Academy of Management regarding this hypothesis. It turns out that some creative leaders are finally rethinking play and fun during work in more positive terms and how new, perhaps more humane, forms of organizations could be brought to life.

The study reminds us of various cases of successful companies that resulted from the passionate play of their creators. Think about the magic of Disney, the world-class of Ferrari, the adventurous spirit of Harley Davidson and the bewildering creations of gastronomic chefs. All that certainly did not come from standardized procedures and rigid planification.

Playful environments can potentially result in increased creativity, well-being and sociability of an organization’s workforce. We wonder how managers could embrace this opportunity and exploit its human talent. EHL Professor Marc Stierand enlightens us with some suggestions:

Managers have to stop controlling and regulating the creative process.

Instead, they should build workplaces that are conducive to creative work and this includes not to force creative people to play; they will do it when they feel like doing it.

Playing at work does not mean you are not serious

When an organization is based on extremely detailed procedures, it often perceives highly creative people as adverse to the organization and its norms, because they can be difficult to handle. Talents are not the average! They deeply care about creative production but may come across as not being serious.

It seems like play is an idea that deserves serious consideration. But little we know on how it can be nurtured within an organization. We will follow the ongoing research and keep you up-dated on that topic.

Student Entrepreneurial Journey: An internship in your own start-up!