Women in Leadership: a Rallying Cry 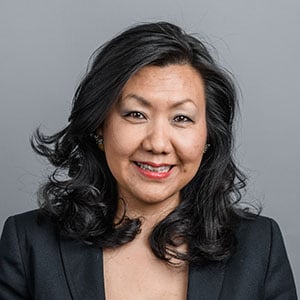 The Financial Times(FT) reported earlier this month that, in a message to staff, Citi’s head of human resources put the gender pay gap in the US, UK and Germany at just one percent.

However, according to the FT’s own research, while women account for up to 51 percent of Citi’s global workforce, they make up only 42 percent of mid-level executives and 43 percent of senior executives.

But what of the hospitality sector?

The gender pay gap prevails across all countries and industries, including our own. In a study of executive compensation, my co-authors and I found that women CEOs in hospitality tend to receive bonuses that are three percent lower than those of their male counterparts. Other topics such as sexual harassment at the workplace, which is a real concern, have never emerged because it is taboo to discuss such topics openly.

While noticeable advances have been made regarding women in the workplace, the industry has not been immune to the slow progress of women into senior positions.

Women may have achieved virtual parity with men at the start of their careers, but within just five to six years they start to lag behind their male counterparts.

Extensive evidence from research shows that challenges faced by women seeking to reach the C-suite include biased perceptions about their competences and their roles as a manager and/or leader.

The old ‘think manager, think male’ mindset still prevails in organizations and women continue facing the double bind: behave assertively and others might not like you, yet behave nicely and others might perceive you as lacking the abilities to lead.

We also know from research that, in terms of social capital, women receive less support – critical for career advancement – from career sponsors and their informal networks.

Finally, there are the challenges related to managing the work-family life balance as both can be highly demanding. Thus, women exit the labor market although there is a growing tendency to reduce the number of working hours, particularly during childrearing years.

Interestingly, my colleagues and I found in our research that hotel performance volatility is actually reduced when women in top management roles are allowed to work part-time.

As we found in our research, such flexible work arrangements by family-supportive organizations can reduce staff turnover, while increasing job performance.

Gender diversity is positively associated with the performance of financial firms as well as for society in general as female economic activity is positively related to the human development index (measured by life expectancy, education, and GDP per capita).

So, what more can be done?

It wasn’t that long ago – back in 2013 when I joined I joined EHL as a member of faculty – that no woman was part of the management team or the EHL group. In an exhibition of black and white photos at the school, well-groomed men only featured in the images of EHL alumni who had reached the C-suite.

I asked myself back then: where were all the women? Weren’t nearly 60 percent of our students female? Why then had they failed to reach the top positions in hospitality?

With the aim of becoming a frontrunner with regard to women in leadership positions in hospitality, EHL will launch the Women in Leadership Network this spring. The aim is to raise awareness, disseminate knowledge, debate ‘off-limits’ topics, exchange experiences, share best practices, and initiate innovative women-related projects by bringing together students, academics, industry experts, and local political players who are keen to have a positive impact on society at large.

What does leadership mean for women in 2018 and how to promote it? Inès Blal, Sowon Kim Crettex, Pascal Gauthier, Rubina Insam and Audrey Gellet from EHL share their perspectives.