How Wineries Build Their Reputation 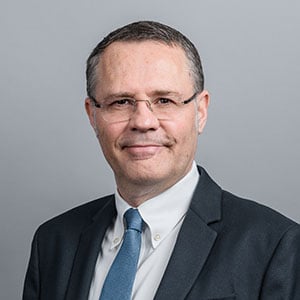 In the world of wine, it is important to differentiate between individual reputation and collective reputation. Disassociating the two is crucial because it helps wine drinkers understand the price differences between two wineries that share the same appellation.

Collective reputation is created by the efforts of economic players in the same region (e.g., collectives, etc.) and enables winemakers to put a name (appellation) that will tie it to a very specific grape-growing region, or terroir.

Individual reputation, however, is forged by the work of the winemaker (or brand) on his or her own land, which is part of broader region or appellation.

These two components that form a reputation can explain the difference in price between an affordable and an expensive wine. Some wineries have built an individual reputation and created a special status. Having acquired this status, wineries can generate value for their brands in the eyes of their customers. Thereafter, the price of their wine can decouple from production costs and the intrinsic qualities of the wine itself.

Establishing a collective reputation is most of the time a prerequisite for wine producers. It lends credibility to the quality of the land shared by a group of professionals…especially if the wine producer is not well known on his own. For most producers, revenues depend on the recognition of the collective ‘brand’ as reflected by the appellation. In fact, the ‘appellation’ could be considered a ‘brand’. A brand, however, that is shared by many different “owners”.

History can also generate “brand awareness”. The Chinon appellation is an example of a collective effort (Garcia-Parpet, 2001) that used History to serve as a guarantee of quality. Chinon uses the symbolism of Rabelais, the Humanist writer from the Renaissance and a drinker of Chinon wine himself, as a cultural guarantor (Garciat-Parpet, 2004) that has enabled Chinon to affirm its historical reputation.

The history of wine and Bordeaux dates back to the 12th century via exchanges with England, which culminated in the 1855 Classement. The territory (and its geographic environment) and heritage belong to all producers, a rising tide that lifts all boats.

The landscape also plays an important role in wineries’ brand awareness as a “preliminary sign of the wine’s quality”; indeed, the “landscape provides additional value” (Maby, 2002). To solidify this reputation and make it more official, wine producers in St Emilion in France or the Lavaux in Switzerland turned to UNESCO, which bestowed on the regions “World Heritage” status.  While it is possible for individual producers to thrive without the help of this collective reputation, it is most certainly more difficult.

Another value driver is export volume: “the qualities communicated by the appellation change when exports increase” (Garcia-Parpet 2001).

On the flip side, the ever-increasing number of AOCs risks watering down the potency of the appellation systems, making it more difficult for the consumer to understand what is going on. Some AOCs group several hundred wine producers, which dilutes its credibility. Indeed, how can several hundred wineries produce wine that is all of the same quality? Intra-AOC disparity, in terms of quality, has pushed wine producers to try to carve out an individual reputation for themselves.

The brand accrues awareness and its individual reputation over time. Although awareness varies from brand to brand, it “acts as a sign of quality” (Viot and Passebois-Ducros, 2006) and enhances the perceived value of the winery’s savoir-faire (Reynaud and Simon 2004).

Value is linked to the importance of the brand in the eyes of consumers (Viot and Passebois-Ducros, 2006). Certain wines are seen as prestigious on the market, which is reflected in the price. There is an obvious dichotomy between wines that do and do not have this extra status. The difference between wines is explained by the difference in status (Malter, 2014). Take the example of Pomerol, which is an appellation covering nearly 100 chateaux, where prices vary tremendously from €43 for a bottle of wine produced by a little-known winery to €2,600 for 75ml of Pétrus[1].

The quality of the wine is intricately linked to the quality of the land in which the grapes are grown and other conditions such as location, weather, etc. These qualities make up what is known in French as the terroir or the DNA of the location, in the words of Hubert de Bouard (Verstraete and Neraudau, 2015). Accordingly, it would be logical to think that the terroir is the main source of a wine’s value and price.

However, the reality is far more complex than that. The variables that follow also contribute to a winery’s reputation and the resulting demand for its wine.

When a winery upgrades its status, it can automatically increase the price of the bottles of wine it sells. This is illustrated by Château Angélus, a grand cru classé, that went from B class to A class (highest distinction) in 2012. Only three other wines are “A” wines. The change, along with a clever marketing campaign and good grades from Robert Parker among other experts, enabled the winery to increase its production, and decouple prices a little more from production costs. “Margins are around 80%” (Verstraete and Neraudau 2015). “Even though the prices seem high for the end-consumer, the winery that has just joined the “A” class has to increase its prices just to be in lockstep with other “A” producers” (Verstraete and Neraudau 2015).

Collective reputation and individual reputation both have a major impact on the price of wine. It would be completely naïve to think that the price of wine solely reflects its cost of production…especially since costs account for only CHF 20-30 per bottle for a Bordeaux ‘grand cru’[6].

A host of parameters factor into the cost of wine, some are related to the intrinsic quality of the wine…and some have more to do with the strategy developed by the brands.

[1] Price from Wine Searcher in France for the 2010 vintage

[6] Not including ageing, investment, amortization on land