Voice recognition technology: how can restaurants capitalise on it? 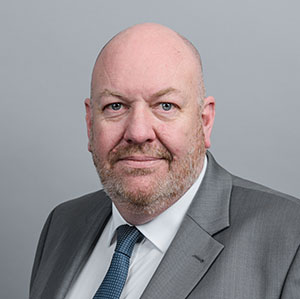 The evolution of the technology used in restaurants over the last few years has been very slow. The main types of technologies used such as point of sale terminals (POS), stock control management and table reservation have been stagnant for years. However, there have been some important changes such as using customer face recognition applications and a tendency towards using mobile phones. For example, the mobile wallet will soon be used widely even though it is not universally accepted yet. Voice recognition now also accounts for another ground-breaking technology that will shake things up in the restaurant industry.

The voice recognition technology used in restaurants is more technologically advanced than Siri or Google Now. It is a mix of hardware and software that cuts out the noise of a restaurant and then filters the command, as a restaurant is a noisy environment.

There are various reasons why the use of voice recognition technology can help restaurants.

In quick service restaurants (QSR), the drive-thru has always been problematic in various areas such as waiting times, order accuracy and accepting payments. With the menu offering getting more and more complicated, these problems are getting worse.

One of the biggest problems is that of order accuracy. QSR Magazine & Insula Research reported that up to 17% of drive-thru orders are incorrect. In such a fast-moving environment it is not an easy task to ensure that the customer has received the correct order, which is mostly confirmed once the client has left the restaurant. This mishap negatively affects guest satisfaction but also operational stock control. In order to tackle this problem, a quick service restaurant (QSR) has been testing voice recognition in one of its Paris restaurants and the results so far have been incredible.

Ordering at a drive-thru restaurant with Voice Recognition: what changes

When a customer drives up and places an order at a drive-thru restaurant, the order is received by an employee who puts it into the Point of Sale terminal (POS) and then the customer validates the payment.

The next step of this process is where the change happens when using this new technology.

Once the order is placed it appears on a screen, just like before. But then, as the employees start to pick up every item of the order, they announce the specific item into the voice recognition system. For example, they say “one cheeseburger”, “one portion of fries”, “one ketchup” etc. and then, in real time, the voice recognition system removes the item off the screen. Once all the items have been announced and removed from the screen, the order is correct and a ticket prints out to confirm the order to go.

Since the installation of this voice recognition system customer complaints in this restaurant have decreased dramatically over the last year, while there has also been an increase in drive-thru revenue of between 10 to 20%.

Subsequently, there have been more positive effects on the restaurant itself. Since more cars are being served faster and more accurately, the overall restaurant revenue has increased as well, because there is more parking available for customers who want to have the sit-down experience. This specific restaurant serves 15,000 cars per month, and by using this technology they have managed to serve 40 cars in 15 minutes in rush hour with accuracy. At the same time, the fact that they have been able to improve the restaurant’s accuracy means that the staff are working in a less stressful environment.

Other restaurant areas where voice recognition technology can be used

This is just one successful business case but there are even more possibilities when looking deeper into our industry. For example, various manual tasks that are mostly completed nowadays with the use of paper could be significantly improved by using this new technology.

For most F&B managers the worst part of the month is the end, when they have to go into storage rooms, fridges, freezers and cellars to complete the stock control. Even if many items have barcodes nowadays, there is still a lot to be done with pen and paper. Then, back in the office, the F&B manager has to retype all the information into the PC.

This time-consuming procedure could be much more effective if, for example, a manager walks through all these storage areas announcing what he sees while this info is being registered directly into the stock control system.

Another example is housekeeping, where reporting issues in a room could be done directly with voice instead of calling the front desk, which then has to inform the engineering department.

Using the same technology on a restaurant terrace or a hotel swimming pool, a waiter could walk around taking orders and simply announcing the order into the system instead of having to take the order, go back to the point of sale terminal (POS), enter the order, go fetch the order and bring it to the client.

There are many more examples where this new technology can be implemented and it’s certain that it will have a huge impact on our industry.

Tackpay: A tipping app for employee engagement in hospitality