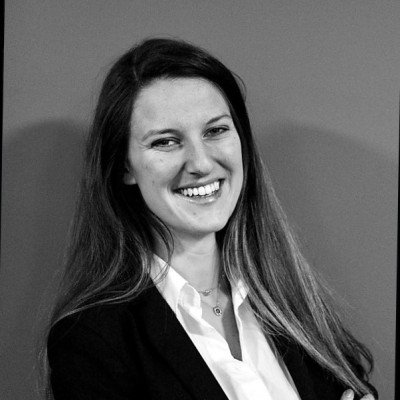 Held during “Planetary Health Week”, the Yacht Club de Monaco, member of the EHL Alliance, joined forces with its partners to organize a series of events and conferences: “Monaco: Capital of Yachting Experience”.

The topics discussed were the current health situation, an update with 2020 facts & figures on the superyacht industry, launch of the Superyacht Eco Association (SEA) Index - the first emissions rating for yachts - and Hydrogen as a new alternative to diesel.

“It was fundamental to reflect on the current situation and focus on the environmental challenges that our planet faces”.

An alternative to diesel: hydrogen

The presence of H.R.H. Prince Albert II, President of the YCM, added weight to the debate, while the South African explorer, Mike Horn, embodied the spirit of the panel oriented towards a more sustainable and responsible future.

Discover the complete presentations
from the conference

What opportunities can hydrogen solutions provide to yacht owners?

The advantages of hydrogen over diesel

According to the Energy Observer delegation, the main advantages of this source are:

According to Hy2gen, fuel cells convert energy stored in hydrogen to electricity in order to run an electric motor. The concept is already proven in busses, train, trucks and cars. It will be applied in planes in the near future.

According to ABB, fuel cells have a high efficiency at wide operating range:

VIDEO: Energy Observer provides an illustrated explanation of how its combined system of solar panel and water electrolysis works.

“Green” hydrogen is the future

Produced from renewable energies, “green” hydrogen is the source everyone wants to go for, but which today represents less than 5% of total hydrogen production.

According to the energy transition map provided by Oceanco presentation, the auxiliary development of fuel cells will be available within the next five years in cooperation with multiple partners.

Furthermore, according to Hy2gen, in 2030 it will be possible to access to the gas/liquid piped fixed stations and large liquid bunker refueling as part of the refueling and delivery solutions.

More insights from the conference

Discover the complete presentations
from the conference

The spirit of the “Monaco: Capital of Yachting Experience” is to send out a message of hope and positivity”. 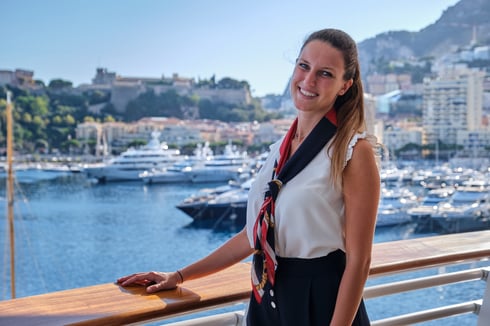 Paola Dailly, EHL Alliance ambassador and currently doing an internship at the Yacht Club de Monaco, contributed to the organization of the Experience:

“The main challenge was to organize this event as a mixed format. We not only had to attend to the 250 people present at the Yacht Club, but we also the120 virtual participants connected simultaneously, and more than 20,000 attendees via the Facebook live and the replay.

Furthermore, the great opportunity for the audience was the possibility to interact remotely and in person through the Q&A session. The event definitely achieved international visibility. It was a great opportunity that reconfirmed Monaco as the hub of Yachting.

Behind the scenes, we worked intensively on the planning, the development and the hosting of the conference: weekly meetings and updates were fundamental to define the structure. I joined the team involved in the organization of the event at the beginning of my internship in July.

The main outcome of this experience was understanding the importance of teamwork, organizing the tasks to make the best use of everyone’s expertise, coordinating and communicating all the time. I would like to thank the YCM team which truly reflect the YCM’s motto: "One Team, One Spirit, One Club.”