How small wine producers can crisis-proof their business model

As ambassadors of Peter Michael Winery, we have asked ourselves about the reasons of the success of the company during such a global crisis. How has the company been so successful during this tough period?

According to the Prowein Business Report 2020 issued by the Geisenheim University, 77% of the wine sector's interviewed professionals consider the Coronavirus crisis as the most significant threat encountered. Moreover, numerous challenges currently impact the wine industry, such as climate change or the evolution of alcohol and its trade laws. It is hard to judge the precise impact of COVID-19 on the wine business as we don't have a point of comparison.

Jean-Marie Cardebat, Philippe Masset, and Jean-Philippe Weisskopf are researchers for the European Association of Wine Economists. They recently provided a framework for comparing COVID-19 and previous crises. Looking at the sales channels in 2020, the Prowein report underlines an evolution within the F&B industry. We saw massive and lightning-fast developments of new tools, with emerging actors such as new retailers, restaurants, and online platforms exploiting this sanitary crisis as an opportunity.

Sir Peter Michael started Peter Michael Winery in 1983 in California and implanted the winery in Knights Valley. It now produces sixteen different premium wines in a Burgundy and Bordeaux style. Their motto being "100% family-owned for 100 years", the winery is based on strong family values linked to a profound respect to the land and the environment. Patience is at the heart of PMW’s philosophy, celebrating the relationship between the terroir and people. The human factor is very important in the wine industry. Excellent wines are usually considered as the result of a symbiotic relationship between the winemaker, the vines and a unique 'savoir-faire'. 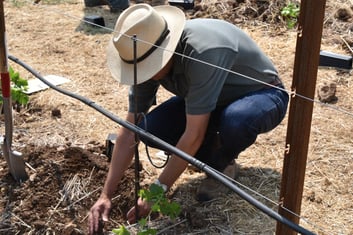 Using Peter Michael Winery as a basis, we conducted several interviews with outside experts to understand how a sustainable operation cycle and a strong human touch help wineries survive a global crisis.

“I think of our children, it’s in their blood now. They have known and walked the land all their lives. They’ve seen the progression; they’ve been part of it and the land is a part of them. I don’t believe there’s any question of us not reaching one hundred years here with our family.”

How do well-known wine brands compare to small brands?

In 2020, the duration of the crisis caused the unfortunate closure of restaurants, bars and other businesses in this sector. Wineries such as Peter Michael continued to support friends, colleagues and accounts in the field as best possible. However, Peter Michael Winery is also fortunate that the wine is sold directly to their consumers. Following the same logic, the Lafitte-Rothschild group built on a strong customer network with a very strong brand awareness, adopted the same behavior. They placed human values and solidarity at the heart of their operation cycle during the crisis. The CEO of the group, Jean-Guillaume Prats explains that they were not impacted as much as they expected, and therefore, used this sanitary crisis as a learning situation to train their teams and support their business partners.

On the other hand, small producers suffered differently from the crisis. We, as ambassadors, had the chance to catch up with Nicolas Cadoux, winemaker and owner of the Domaine des Graves in Avusy near Geneva in Switzerland. Nicolas saw its activity stop faster than he could have ever expected. His business relied a lot on selling directly from the estate and the pandemic made it impossible for anyone to come to him. Yearly celebrations like the “Escalade” or the yearly village festival represented a loss in money. A direct reaction was needed. He created a small market with local products in four days, adding value to his products to generate attraction. It was impressive to see how resilient Nicolas has been. Adaptation is key and so is innovation.

Challenges for sommeliers and restaurants during this crisis

A question remained: how did sommeliers and restaurant professionals react to this crisis? The restaurant perspective is a bit gloomier. Nina Jensen, a sommelier in Denmark at Restaurant Lyst, described this crisis as a big life lesson. The whole restaurant team learned a lot about precision and how to face such a challenging situation, both personally and professionally. It has also been an excellent opportunity to take some time to relax, a luxury that hospitality workers usually don’t have. Nonetheless, Nina underlines how interesting it has been to go through this as a team. Thankfully, the link between the wine industry and the restaurant trade is healthy and should last.

From a sommelier’s point of view, Thomas Fefin is Lecturer of Practical Arts at the Ecole hôtelière of Lausanne; he joined EHL in October 2020 after leaving his position as Director of the 2 Michelin star restaurant Le Gabriel in Paris. He found himself having to suddenly close the restaurant without a reopening date. As such a restaurant is costly to operate, he hadn’t the opportunity to reconfigure a working system that suited him. The market became more and more inelastic as the pandemic progressed. Tourists represented a big part of the restaurant’s clientele in Paris. The closure of borders made it hard for the restaurant to be competitive. Even when lowering the price, the clientele was just not there. However, the crisis created an opportunity for Thomas Fefin to shift attention to a new challenge: becoming a lecturer at Ecole Hôtelière de Lausanne at the 1 Michelin star training restaurant Le Berceau des Sens.

What made the difference for the wine industry?

The wine industry, as stated before, relies a lot on the human factor; Peter Michael Winery credits this as an essential aspect to making good wine. Jean-Guillaume Prats and Thomas Fefin define wine dinners as a celebration of life, and Nicolas Cadoux emphasizes the convivial side of wine. Theoretically speaking, wine is a matter bound to nature and people. Cutting off the interconnectivity between social beings makes it difficult to conduct any business. However, here are the 3 steps we have observed as being essential to survive, and how they have been applied.

1. The importance of brand awareness and the marketing message:

Since 1983, Peter Michael Winery has built their brand image on family and sustainable principles. They have been able to accumulate extreme customer loyalty by providing excellence with every single vintage released. Gaining customer trust is essential. COVID-19 has been stressful, therefore the marketing implemented by each brand has had to become less aggressive. The main goal is to communicate what matters the most: a sense of peacefulness and how wine is a vibrant, natural product, free of stress. Jean-Guillaume Prats also emphasized how important it was to him to communicate this message of serenity and control. Exclusivity and luxury have become secondary to him.

2. Technology and innovation as a daily tool:

Social media and new technology have become part of our daily lives way faster than expected. The wine industry has had to find a new way to remain in touch with consumers when losing the most privileged interface and ambassador they had: the sommeliers.Digital transformation accelerated massively, which Peter Michael Winery harnessed through Instagram and their newsletter. They have been able to keep up and maintain their link with their clientele. Online tastings and live streams to present new vintages have become the new normal. Furthermore, these new technologies are easily accessible for pretty much everyone to use and put in place a new strategy. 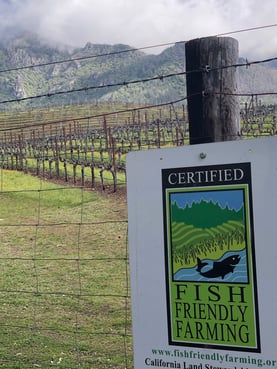 More than ever, the wine industry is linked to the same passion. It is one big family where each member is essential. The hospitality industry will restart, and so will restaurants and bars, along with life celebrations. However, the pandemic should not overshadow other critical challenges such as sustainability and global warming. This crisis has been a powerful taser shot, showing us how urgent it was to react and prepare for the new world, where travelling for business will no longer take place as often as it used to. Companies should be socially and environmentally responsible.

In addition to charitable giving, Peter Michael Winery has fish-friendly certification for all three estates. Since April 1, PMW has been accredited with the California Sustainable Winery and Vineyard certification. Supporting humanity and not neglecting the fight against global warming is vital to ensure the longevity of our resources and through this, businesses.

Final thought from PMW: the wine industry survived a global crisis and is more resilient than ever 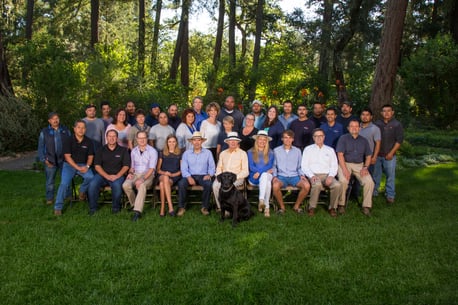 The wine industry appeared more united than ever through the interviews and investigations that we conducted. The horizon is surely brighter than the year 2020 has been. Innovation and resilience have been the powerful weapons used by the wine sector to counter the crisis's effects and support their long-lasting business partners. Most winemakers have conveyed the message that their customers needed to hear by placing the human element and wine’s implicit message of serenity at the center of their operations.

For now, let’s enjoy our wine responsibly at home. The sommeliers and their teams will be back very soon. 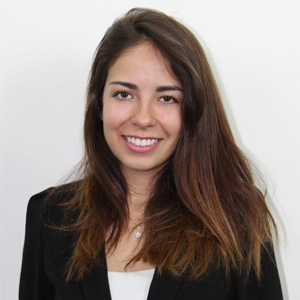 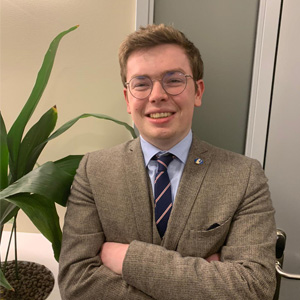