Charcuterie is undergoing a revamp in production that looks both to the past and the future. The results are new, exciting and varied options that never existed before, whilst sharing a return to traditional methods respectful of animal, season and local ingredients.

Professionals in the current meat production sector are not lacking in inspiration, in fact,  “butchery, charcuterie and poultry was the sixth most innovative category in the world in 2018” according to the Global Panorama of Innovation (Protéines XTC).

Modernization of the charcuterie world has been fueled by a variety of reasons. Firstly, to widen the offer and add imagination to what the humble ham or sausage can actually contain. In recent years, trends in vegetarian options along with the land-sea combo (e.g. the award winning seaweed chorizo or the seafood sausage) have widened consumer choice, appealing especially to the  ‘reducetarians’ keen on minimizing their meat consumption.

Secondly, changes in consumer priorities, namely a concern for healthier charcuterie options containing less salt, fat and nitrates. Yes, a slice of ham should by nature be salty and pack a flavorful punch, but 26% of the sodium daily value in 3 or 4 thin slices is quite high and has become an issue among many meat lovers who also prize their state of their arteries. In fact, the latter are no longer just looking for the pleasure of buying deli meats that are simply tasty; they expect options that are healthier and more respectful of the environment and animals. 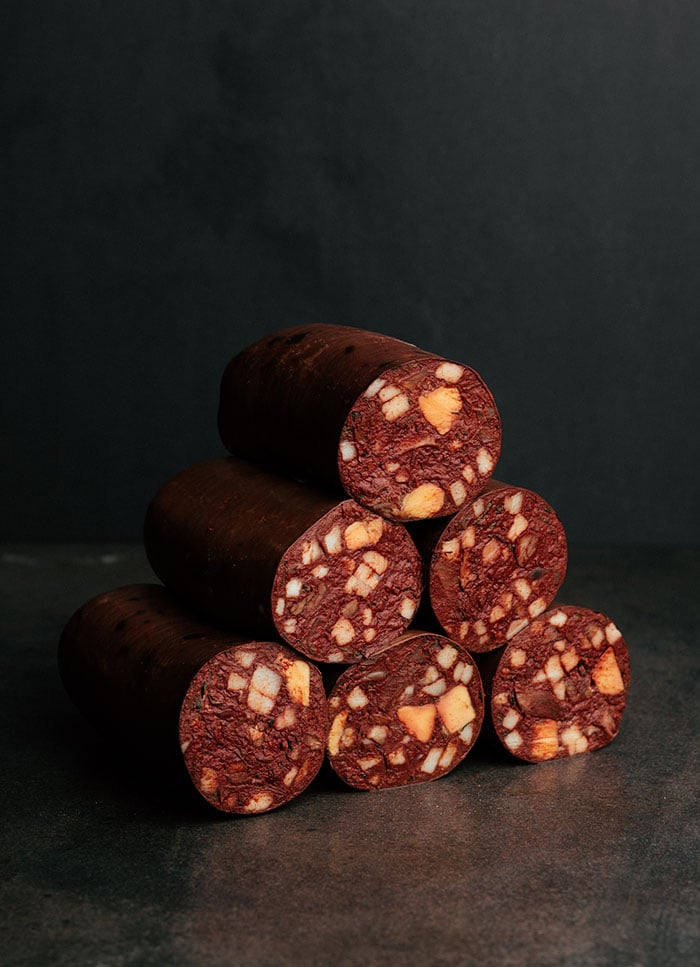 EHL Executive Chef, Christian Segui, shares with us what to look out for in the new and old charcuterie production methods.

CS: There's a famous French saying, "Tout est bon dans le cochon", which refers to the fact that literally everything is good and tasty in a pig. From ears to trotters, nothing is wasted. In the olden days, killing a pig in January could feed a family for a year. Preservation methods were based on keeping the meat in a cold storeroom (hence the name larder - from 'lard' - bacon in French) with processes of salting, smoking, drying and sterilization. The pig had been reared in an open space and its meat was naturally flavored by what it had been fed.

Fast forward to the industrialization of meat production which introduced the need for nitrates, E numbers, flavor enhancers and huge amounts of salt – all necessary for extending shelf life, color attractiveness, oxidation prevention and avoiding the risk of botulism. To meet the needs of mass meat and ham consumption, pigs began to be excessively fed in order to increase their fat content quickly. This has led to most industrially-produced ham, salami, bacon and dried meats getting a bad reputation. Their main crime: too much salt and fat.

A return to traditional methods

CS: In recent years, there's been a huge awakening to the fact that if we returned to more traditional methods of meat production, the outcry of "unhealthy!" would be reduced. Leading the way are the French with their exceptional charcuterie savoir faire. Keen to acquire a cleaner label and healthier reputation, this growing collective of meat producers is aware that new trends are needed to gain the trust and secure the health of the meat buying public.

Whereas pigs in the past have been reared to reach a weight of approximately 150 kg, the average weight for a pig for these producers is now between 90-110 kg. Flavor enhancers are being replaced by authentic meat juices and stocks, e.g., a mushroom broth which can be adapted according to recipes and which gives the meat a smoother and more natural taste.

Gradually reduced and at the discretion of the producer, salt is now being used at a variable quantity of 14 to 16 g per 1 kg of meat, sometimes even less depending on the type of product. We can say that many manufacturers are trying to do the same. Preservatives and coloring that give ham and salami a very synthetic pink color are being totally cut out by most artisanal producers, leaving the meat with a slightly subdued appearance that is simply how cooked meat looks.

Yes, the shelf life will be somewhat compromised, but for good reason. The type of customer who values a more natural approach to charcuterie is happy to accept this fact and is ready to pay that little bit extra for a product made according to traditional methods. Many industrial producers are trying to follow suit with a visible reduction in additives, some are managing better than others. In February 2019, Fleury Michon launched an organic ham without nitrites or preservatives, no longer bright pink but a more natural hue like traditional cooked pork. The product can be stored for a shorter time and is 10 to 15% higher in price, but it meets the criteria of many consumers in search of less chemical production methods. 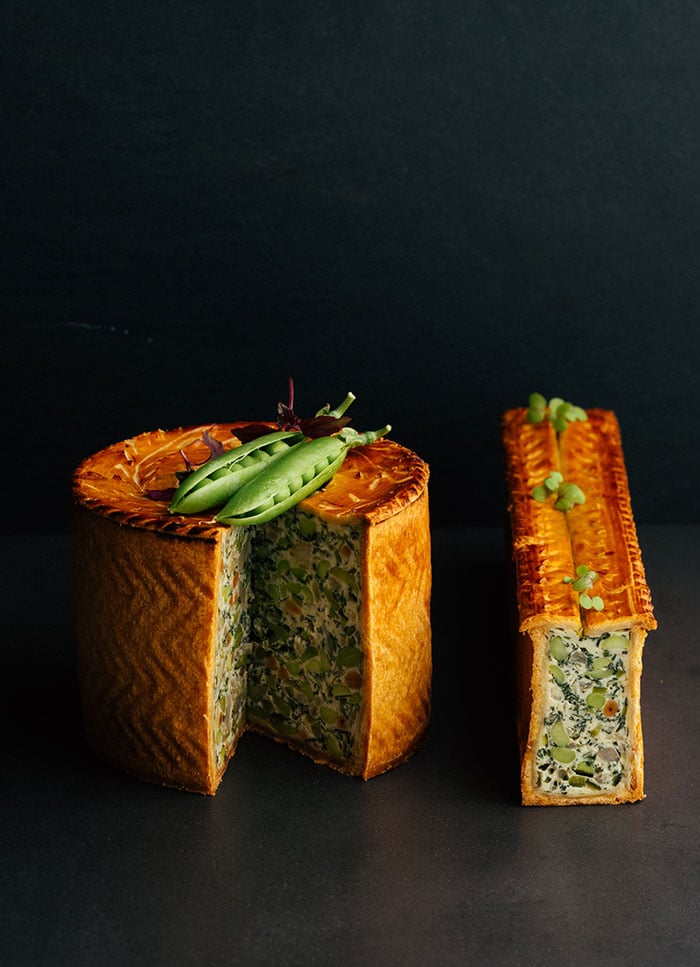 Arnaud Nicholas - Paris: A butcher who looks to the past for his values, sticks to the present to keep with the times and looks to the future innovation. Refined French charcuterie classics: deli meats, poultry, foie gras, Lyon sausages and “terrine grand-mère”.

Maison Verot - Paris: Award-winning Parisian terrines, pâtés, sausages, and the most stunning pâté en croûte ever - all based on natural ingredients and traditional recipes with an innovative twist, e.g., chicken terrine with beetroot and spring onions.

Maison Bonzom - Pyrénées: Run from an 18th century farmhouse, this family business produces highly prized Catalan sausages, hams & country pâté. Their motto: "All progress is accomplished by preserving the best of the past".

Sébastien Zozaya - Biarritz & Bayonne: Charcutier champion who uses only local, high quality pigs and produce. An expert in baking, cold cuts and wine - often using all three in his recipes.

Stuby - Vevey, CH: Family butchers since 1928, selling a large choice of meats  from the Vaud and Fribourg cantons. Hundred of classic charcuterie specialties all homemade, local, traditional and additive-free. 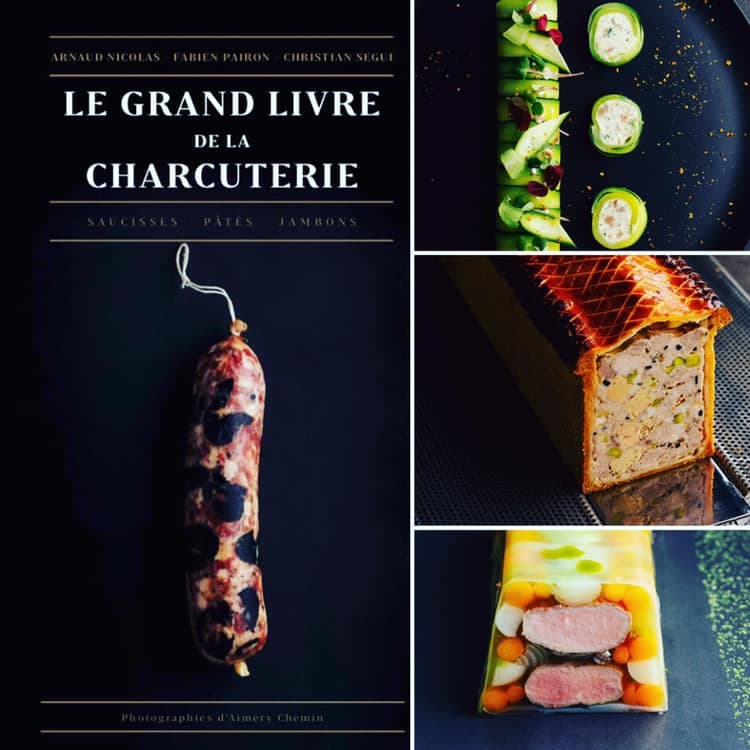 CS: World renown chef, Alain Ducasse, wrote the introduction to "Le Grand Livre de la Charcuterie" that I co-authored with Arnaud Nicolas and Fabien Pairon. This for me is a great way to look at the question of how to enjoy charcuterie:

food professions, the product is the fundamental starting point of the recipe. Charcuterie is no exception to the rule: the quality of the product, which we owe to the know-how of a producer is essential, as is respect for the seasons. I believe that cold cuts are part of our food palette, and in this area as elsewhere, I am a staunch believer in 'less but better'. 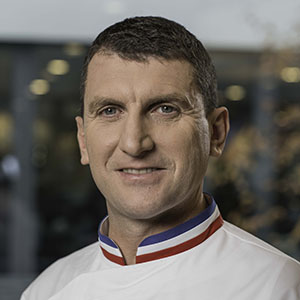 Q : What is the food service industry? All your questions answered