Several reports show the astonishing growth in self workers, contract freelancers and consultants, according to Statista, 10.3% of the working age population is involved in entrepreneurial activities. Alongside this, project task forces are becoming more and more common, and companies are starting to become more agile in their operations, ING’s agile transformation started with the 3,500 staff members at group headquarters, Bart Schlatmann: former chief operating officer of ING Netherlands said, “we invested in tearing down walls in buildings to create more open spaces and to allow more informal interaction between employees. We have a very small number of formal meetings; most are informal. The whole atmosphere of the organization is much more that of a tech campus than an old-style traditional bank where people were locked away behind closed doors.”

Many large corporations are looking to outsource their offices and rely on outside workers to get the job done, taking advantage of companies such as WeWork who are creating shared working spaces, off-site and off balance sheets for the corporations partnering with them. WeWork and other co-working operators rent prime location space from landlords, add new features such as cafes, shared spaces and offices and lease them out at higher prices, looking to gain on the rent arbitrage.

Now this trend seems to be spreading further into co-living and many are looking to move into this segment, companies such as Co-Living, Common, Ollie just to name a few. It seems that the historical commute to the 9-to-5 workplace is changing and business needs are evolving.

Is there a parallel with the hotel industry?

The hotel industry from the 50s to the 90s was into high standardization. It was the launch of the mega-chains such as Hilton, Holiday Inn, Novotel, where all the rooms were the same, the service became standardized, offering the same breakfast, the same salads, the same menus in their brands, copy-pasting all over the world. Their main business model being asset heavy, own and operate.

Since then, this industry has adapted to several different disruptors and brought to bear answers which cater more closely to customers all over the world. The rise of boutique hotels; such as Kimpton, W, Pod, Design, Morgan, began to offer diversity and hyper segmentation, in response to the various expectations of individual client segments.

More recently, the mega-brands began introducing and acquiring a much more diverse product base, including short to long business stay (Aparthotel) and vacation rentals, embarking in the home sharing economy after being majorly disrupted by Airbnb. Homes & Villas by Marriott and Accor’s acquisition of One Fine Stay being examples of the industry’s adaptation to the new economy. 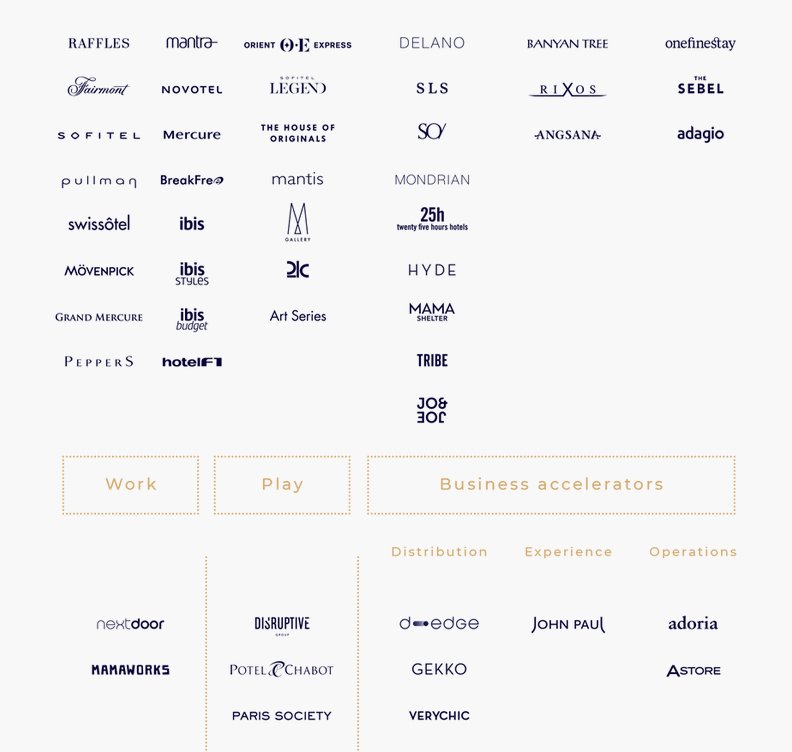 During the same recent period, in order to concentrate on their core business of “servicing the client” while also under pressure from shareholders, hotels companies became asset light and found growth through new business models such as variable rents, along with a plethora of management and franchise contract variations.

On the other side, real estate investors went from a hotel fixed leased contract to an owned and externally managed asset contract. This evolution allowed the hotel real estate owner to grab the largest share in deciding value creation for the assets and limiting risk through more and more sophisticated contracts.

Re-imagining the concept – predicting the future?

Already, corporations went into this phase of asset light. The business models is mainly lessee with fixed leases. However, they pressure the real estate owners for shorter term contracts to increase their agility.

We imagine a scenario where, similar to the hotel industry, a co-working operator would offer a management contract model to real estate developers, assuring a mutually beneficial return for both owner and operator. Co-working operators would concentrate on their service offering, potentially adding in multiple brands to adapt to market conditions. Marketing their offer to corporations, co-workers or the self-employed. Co-working operators could offer loyalty programs, international brands, and multi-services, hourly usage of working space and packages for corporations to suit their employees need.

This model has been in use for many years within the hotel industry and it has proven successful.

The hotel industry has already acknowledged this common DNA, business hotels already cater to many freelance workers, all the while being experts in satisfying guest needs and demands, we see hotel brands that have transformed their lobby into a co-working space i.e. WOJO from Accor, or even going a step further to cater to the new trending needs for instance, by creating a public space that is part workspace, part bar, part retail platform, part gallery like Ace Hotel.

This different way of thinking about ground floor space, can also be transposed into the ground floor of office and residential building, anyone with a lobby, or unused dead space, can install and create an area for sharing, an attractive environment for present and potential customers to interact, a place where activities and events can hybridize into more exciting combinations. Imagine a car manufacturer or dealership with an open space for independent workers or retiree car enthusiasts, mingling with engineers and designers, as a place for potential employees looking for work to offer their services, as flexitime to working teams. Benefits would include greater and more varied knowledge-sharing potential, greater innovation, increased productivity and motivation, enhancing a community feel and increased employee engagement.

In terms of facility management, options exist for potential revenue or simply increased traffic, in these simplified examples, either you charge for the use of the space, charge for F&B services provided, or simply charge a nominal fee to manage overcrowding - are you a member here?

In term of revenue stream from your office or residential real estate are you still satisfied with fixed per sqm revenue or are you willing to be involved in a larger part of the value creation and enter into the service industry?

Digitalization of banking – has your banking service evolved?

How to lead effective change management for the service industry?

The relationship between teaching and management