Elle Darby may not be a household name but this video blogger does have influence in social media circles with some 87,000 YouTube subscribers and 76,000 Instagram followers. According to media reports – some 114 articles in all across 20 countries -- she contacted the Charleville Lodge Hotel in Dublin, offering the owner exposure on her social media channels in exchange of a free stay for her and her boyfriend over the Valentine’s Day weekend. The hotel owner declined, posting his reply online and publicly banning all social media influencers from his hotel.

This provoked a series of back-and-forth messages between the two parties on social media. As a result, Elle Darby lost some of her followers, while the hotel has been criticized by other bloggers for his generalized attack on social media.

For us, the episode raises concerns about transparency with regard to bloggers and the way they operate in relation to the hospitality industry, as it highlights the role of information and its sources.

By definition, the industry is characterized by what economists call asymmetric information. Often, when services are involved, customers cannot know beforehand what the quality of the service itself will be. How can you predict with any accuracy the level of service on offer?

Hospitality relies on signals and these can come from a range of sources such as professionals (for example, the number of stars attributed to a hotel) but also from previous customers that have already stayed at the hotel and provided their feedback and observations via the likes of Tripadvisor, Booking.com or Expedia.

Nowadays, bloggers have the power to control, in part, or at least influence some of those signals via their social media accounts. Generally speaking, in terms of the economy, if the sources of information are biased, this could lead to market failure and a reduction in social welfare. In plain English, unreliable information could lead customers towards making the wrong decision.

In Elle Darby’s case, she was seeking a personal advantage in exchange for posting ‘unreliable’ information on her social media channels. This is a typical case demonstrating tension between private benefit (Elle Darby wanting a free stay at the hotel) and the social interest (in terms of consumers wanting to choose a hotel on the basis of reliable information). In fact, Darby had implicitly offered positive feedback on her social media channels even before verifying the quality of the Charleville Lodge, which, according to its own website, has been described as ‘palatial’ but is not Buckingham Palace and so guests should not expect 7-star service.

Another hotel may have decided to play along with the social media influencer and she may indeed have provided positive feedback for the hotel in exchange for a free stay over the Valentine’s Day weekend, encouraging paying customers to go there.

The takeaway from the incident and media storm is this: sometimes more is less. The huge amount of information out there online is making it increasingly difficult for all of us who get our news and information from social media channels to verify the sources of that information. The challenge now facing hoteliers is to develop their brands and build on the reputations of their hotels to ensure their messages cut through all the noise.

Associate Professor of Economics at EHL 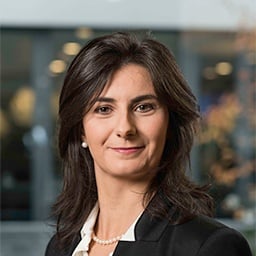