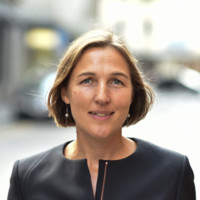 Certain industries are synonymous with innovation, trailblazing, game-changing. Hospitality is not one of them; a business built on bricks and mortar is not easily – or cheaply – transformed. That said, whilst the industry can be likened to a supertanker that takes time to turn, once it starts shifting direction, the momentum creates lasting change in how hotels are designed and operated.

Consumer trends are key drivers of change; and today’s consumers have some contradictory desires and motivations, as IHG’s 2017 Trend Report also notes. Today’s consumer is highly mobile and connected; information-rich and demands choice; and is seeking a diverse range of experiences.

A strong theme in contemporary hotel design is creating community, not just a hotel, according to Catherine Martin, Editor of Sleeper Magazine. Vibrant and social public spaces are a key attribute of successful brands such as Ace Hotels, Hoxton, The Student Hotel and Generator, and new brands such as Zoku. Generator CIO, Georgios Chiotis, says these spaces are core to their success: “We facilitate interactions, we make sure that our hostels are more than a bed ... It’s the experience.”

At the other extreme, in our permanently connected and social world, there is a growing trend for experiences in nature. Black Tomato launched Blink in 2016. Described as “an exclusive new travel service that offers you the most personalized luxury travel experience imaginable”, it seeks to satisfy the desire for unique accommodation in extraordinary locations; and take a look at finalist of the 2017 Radical Innovation Award “Living the Till” – a nomadic treetop hotel resort concept, drawing on the trend for pop-up accommodation, sustainability and experience – breathtaking and instagrammable.

This experience-seeking, community-embracing trend is also driving growth in cruising and a new generation of products and vessels. According to the Cruise Lines International Association (CLIA), demand for cruising increased 62 percent in the decade to 2015; and close to 100 new cruise ship launches have been announced over the next decade, including the first custom-built Ritz-Carlton ship, with capacity for 298 guests – very small relative to operators such as Royal Caribbean Cruises (the majority of whose ships have 2,000+ berths), whose top-end Edge-Class vessel reportedly costs around US$1bn. When it launches in December 2018, it aims to incorporate the latest design and technology features, including wearable technology and virtual balconies.

Despite being a late-mover, today the hospitality industry boasts a proliferation of brands and products, as the lines between traditional hotels and alternative accommodation concepts have blurred. This is having an impact on how traditional operators consider their long-term business. Over the past 18 months, Accor has made a series of investments in alternative accommodation, including Oasis Collections. Katharine Pottinger, the former Chief Hospitality Officer of Oasis, reflects that “big hotel groups know they need to do something and quite quickly now, whether that’s looking at players like us or a different kind of space within the accommodation world.”

CIO of The Student Hotel, Lyle Worthington, would argue that the management model has also constrained innovation. It generates a debate about who pays and who benefits. According to him, it is “one of the things that sets us up for disruption” – the other change-enabler is, arguably, technology. Booking engines have disrupted distribution systems; and sharing economy accommodation providers such as Airbnb have enabled anyone who owns a place to stay, to rent it out. While regulation is now catching up and will temper growth – there are now controls on the short-term rentals market in Amsterdam, Barcelona, Berlin and New York, for example – the democratization of supply and demand has been nothing short of extraordinary.

The current debate swirls around automation and Artificial Intelligence (AI) as the next big disruptor for hotel operations. Will intelligent systems improve customer service and make roles redundant? Whilst there are some great technology solutions, Pottinger muses, “you can’t take away from people on the ground that know what they’re talking about, being able to sort the problem and the situation out for you.” We are, at the end of the day, a people business.

6 Key learnings from an unprecedented year in Hospitality

The Alila journey: In conversation with co-founder Mark Edleson

An introduction to Service Design