Calling foodie fans and would-be students of all things F&B. Members of the EHL award-winning Culinary Arts department have given us a peek at their favorite books on the theme of gastronomy. Their titles range from traditional subjects like recipes and cuisine theory to the etymology of gastro vocabulary and the science of pots and pans. Truly fascinating insights into the literature that got them excited about entering into and mastering their culinary profession. So why not put Harry Potter and the Dark Arts aside and dedicate your summer reading to the magically infinite world of the Culinary Arts instead?

After an international career working for prestigious eateries in Europe, Malaysia and Japan, Bourassin joined EHL as Head Chef of their in-house training restaurant, Les Berceau des Sens, in 2016. His commitment to local, seasonal produce, innovative recipes and immaculate presentation continues to win him awards and culinary recognition.

Michel Bras is a self-taught, front runner of French cuisine, deeply intuitive and innovative in his style. His recipes abound in his love of local nature, science and simplicity. This is his first book, (for which he took all the photos!) and is considered seminal and avant-garde. Lots of great chefs have written cookbooks, but this one was an amazing novelty and since its publication in 2002, his style has been copied worldwide.

2. ‘The Flavor Thesaurus: A Compendium of Pairings, Recipes and Ideas for the Creative Cook’ - Nikki Segnit

An award-winning book that I regularly use and which gives me endless ideas of flavor associations; what goes with what, why and how. A vital reference book that can only improve your repertoire if, like me, you love both cooking and baking, with its 980 entries and 200+ recipes.

Written in 1903, this book is the basis of almost everything, a bit like a French cook’s bible. It was written for professional chefs and kitchen staff with a view to modernizing French haute cuisine and giving a template for how a kitchen should be run. I am not very into classic cuisine but this book helps me get started on a recipe and revisit the basics.

A magnificent book that goes to the essentials of Barbot's cuisine, full of refined, quality products and creativity. The recipes are based on his Michelin star restaurant in Paris, L’Astrance, and are accompanied by in-depth explanations as to what inspired him, where he found the ingredients and how he chose to use them. The images are a visual and emotional feast.

Award-winning pastry chef and lecturer at EHL since 2007, Julien has previously worked for the Alain Ducasse group and the prime ministerial seat at the Hôtel de Matignon. Driven by the beauty of his profession and its competitive spirit, he launched  the "Catering World Cup challenge" in 2017, which he won on behalf of Switzerland.

Revolutionary at the time of its publication in 1995, still fascinating today. Each culinary gesture is dissected and commented upon from the culinary, physio-chemical and gastronomic point of view. Hervé, a French chemist at the forefront of the molecular gastronomy movement, brings science and taste to your kitchen.

The best book for understanding the Nouvelle Cuisine revolution, the key moments in French gastronomy and culinary heritage. Based on a collection of memoirs from a dozen visionaries who, in the 1960s, began to shake up the culinary know-how inherited from the 19th century. Full of boldness and creativity.

An alarm signal to all citizens. The starred chef explains with numerous examples that we are no longer aware of what eating means for our health and planet. The simple act of eating therefore implies the responsibility of each and everyone of us, like a big domino effect that goes from the earth to our plates. A great example of humanist gastronomy.

Cyrille Lecossois has been teaching culinary arts and restaurant service courses at EHL since 2001 after an international career as Head Chef at Club Med. He is passionate about applied research and innovation in the food industry.

This book explains the technique of cooking sous-vide (under vacuum), also known as “cooking at the right temperature", while respecting the demands of the restaurant trade. The technique aims to minimize the aggressive effects of traditional cooking systems in the search for maximum quality. The book includes comprehensive recipes along with flow charts & spectacular step by step photographs.

This book enlightens us with a scientific eye on what’s really happeningin the pan during the cooking process. As usual, Hervé, provides a culinary journey into chemistry and science, with insights into how to getmore than 20 liters of mayonnaise from a single egg yolk by exploring the physics of emulsions and other secrets.

A breeder and son of breeders, who turned agronomist and launched organic markets in Paris. This book presents the dark side of the meat trade, highlighting the dysfunctions of a slaughterhouse and the excesses of a system that has little regard for both farmer and consumer. 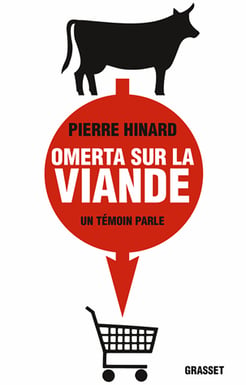 The memoirs of a passionate butcher, who communicates his life, his passion for the job and for the highest quality meat. Known as the top meat man in Paris, Hugo is famous for always bringing a human touch to his trade.

Pairon was awarded the title of “Meilleur Ouvrier de France” in 2011 for the category of "charcuterie traiteur" (delicatessen artisan) and has since then been championing the use of local, seasonal produce in all his culinary practices.

A great, easy-to-read book that allows you to learn about the origins of specific gastro words and gourmet expressions. Something to enrich your personal culture and whet your appetite. 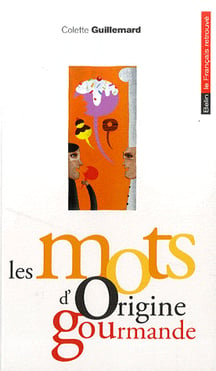 An original guide to the favorite tables and restaurants of over 650 chefs around the world, from neighborhood eateries to high-end restaurants. Priceless insider information from Yotam Ottolenghi to Yoshihiro Narisawa.

An interesting book that retraces the life and experiences of a Maître d'Hôtel in a restaurant of fine gastronomy. Denis Courtiade, considered the best restaurant manager in the world, delivers some juicy anecdotes and hospitality experiences that deserve to be shared. We all have so much to learn from him.

4. ‘The physiology of taste’ – Brillat & Savarin

Published in 1825, this book is as historic as it is timeless. You must read it at least once in your life, and then several more times to take in all the subtleties on the art of cooking and of eating. Philosophical and epicurean, this work nourishes body and mind, and is full of very quotable one-liners, e.g. “The destiny of nations depends on the way they eat” - a classic!