What are the five mother sauces of classical cuisine? 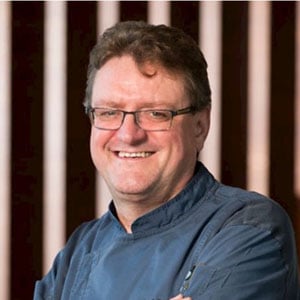 The five mother sauces, which come from French cuisine, were codified by chef Marie Antoine-Carême as the backbone of all other sauces in the early twentieth century.

Beginning culinary students commit these five sauces to memory; by tweaking their basic formulas, chefs can make all manner of great sauces. Meet the five mother sauces and find out how they are made and used, then and now.

You may know béchamel sauce as the white sauce that gives chicken pot pie its creamy texture, or as the binder for all that cheese in macaroni and cheese. The sauce is also used to make scalloped potatoes, lasagne, and gravy. In classical cuisine, béchamel may be poured over fish, eggs, or steamed chicken. While béchamel has a neutral taste on its own, the classic mother sauce adds a unique creamy texture that often makes food taste hearty and comforting.

To make béchamel, cooks first create a roux by stirring flour into melted butter to form a paste. The paste is then cooked over medium heat for several minutes, which removes the floury taste, before a liquid, most commonly milk, is added. The flour paste thickens the milk to create the versatile creamy white sauce. Salt and pepper may be added, as well as other flavorings including bay, nutmeg, onion, clove, or cheese.

Velouté means velvet in French, and that is the texture you will find with this original mother sauce. To make a velouté, cooks create a roux with butter and flour, and then add clear stock. Chicken, turkey, and fish stock are most commonly used, but these days, you will also find a vegetarian velouté.

When finished, velouté has a delicate, light flavor and a smooth texture. The sauce is usually served over poached or steamed fish or chicken; the light flavors of the sauce complement the light, delicate meat. By adding wine, lemon, or other flavorings, cooks can adjust the flavor of this mother sauce.

This dark brown sauce, one of Carême's original mother sauces, gives that signature richness to boeuf bourguignon, lamb, duck, veal, and other hearty dishes. Espagnole is the basis for demi-glace, sauce Robert, and bordelaise sauce.

Like the other mother sauces, espagnole starts with a roux. In this case, the flour paste is cooked until the flour browns. It's important that cooks stir the roux while it browns so the paste does not scorch.

When the roux has finished cooking, browned mirepoix -- which is a mixture of diced celery, carrot, and onion -- pureed tomato, and beef or veal stock are added.

Sauce tomate, or tomato sauce, bears slight resemblance to the Italian style tomato sauce served with pasta. This mother sauce is often served on top of pastas (especially gnocchi) or polenta, or with grilled meat or vegetables. In Carême's day, sauce tomato was thickened with a roux, but this is no longer the case.

Now, tomatoes are cooked down into a thick sauce that is flavored with vegetables and pork. Roux can thicken the sauce quickly if there's little time. Carême classified sauce tomat as a mother sauce in the early 20th century.

You may recognize Hollandaise sauce from eggs benedict or as a topping for lightly steamed asparagus. The sauce can also accompany richer foods, like meats. Like sauce tomat, this sauce was a later addition to Carême's list.

Hollandaise sauce is an emulsion where egg yolks are suspended in melted butter to create a creamy, rich sauce. Optional flavorings for Hollandaise include cayenne pepper, white wine vinegar, or lemon juice. Hollandaise is the basis for several other classical French sauces, including sauce Bearnaise.

To make Hollandaise, the egg yolk and melted butter are whisked together carefully to create an emulsion. New cooks often struggle with Hollandaise, because the sauce can break easily, separating out the butter from the egg yolk.

Whether you are interested in culinary school or simply want to know more about the history of classical cuisine, you've got to admit that the five mother sauces are pretty special. By mastering them, you can easily jazz up a weekday supper, create a special holiday meal, or perfect your chef skills.