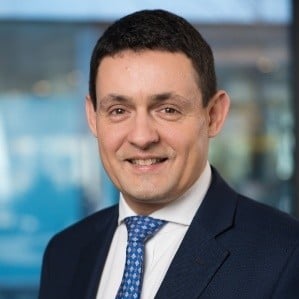 We live in extraordinary times. The planned $16.6 billion acquisition of Tiffany & Co by LVMH*, signed last November, is in on the verge of collapsing. While the adverse impact of the COVID crisis on global luxury sales can explain LVMH’s desire to withdraw from its largest acquisition ever, the reason provided to terminate the agreement is leaving most of us baffled.

A letter from the French Minister of Foreign Affairs dated 31 August 2020 requested LVMH to take part in the country’s efforts to defend its national interests in a France/US trade war, and thus, to defer the closing of its agreed acquisition of Tiffany’s after 6 January 2021. This has been used as the justification by the multinational luxury group to walk away from the deal!

M&A lawyers may find it difficult to identify precedents for such a given reason. Acquirers, with second thoughts about acquisitions signed pre-COVID, have typically argued that a Material Adverse Change (notoriously known as MAC) had taken place as a result of the pandemic, giving them the right to rescind on their obligations.

This was the case last June when Cineworld, the world’s second-largest cinema chain, withdrew its accepted $2.3 billion offer to purchase Cineplex of Canada. Cineplex is disputing this and has filed lawsuits against Cineworld.

How expensive can a diamond be?

Since the COVID outbreak in early 2020, LVMH has looked for ways to renegotiate the $16.6 billion acquisition of the New York-headquartered jeweller. And rightly so. What was a fair price agreed last November now clearly appeared extremely pricey in the wake of the global lockdown and its expected impact on luxury sales in the mid-term.

Tiffany’s first half sales decreased by 37% year-on-year to reach $1.3 billion. The company reported an operating loss of $46 million, compared to a profit of $345 million over the same period in 2019.

From signing to closing an M&A deal

However, similar to any other M&A transaction, LVMH and Tiffany’s are bound by the agreement that was signed by both parties on 24 November 2019. It stipulated a number of conditions for the deal to be completed, including:

The deadline of August 24 2020 was set for meeting the closing conditions. A back-stop date of 24 November 2020, i.e. exactly one year after the signing of the deal, was also established. LVMH has now claimed this date cannot be met and the deal will therefore collapse.

We are now entering a period where legal challenges are being mutually thrown about. Tiffany announced on 9 September 2020 that it was suing LVMH for breaching its obligations under the merger agreement. LVMH responded one day later stating that it intended to file a lawsuit against Tiffany’s for not following an ordinary conduct of business since the agreement was signed (another obligation included in the merger agreement). Subsequently, the French luxury group has invoked for the first time the MAC clause.

Outcomes still on the table

What will follow is undoubtedly a dual-track process: while lawyers will advocate on behalf of their respective clients in order to obtain a court judgement in their favor (which may take months), other representatives of both companies may discretely discuss whether a new deal, on terms which are more in line with the current market environment, can be achieved.

So, all outcomes are still on the table: (i) no deal, (ii) LVMH are forced to buy Tiffany’s on the original terms as a result of a court order, or (iii) a revised agreement. Keep your eyes and ears open for the next installment in the story. Bernard Arnault’s longstanding deal-making reputation is at stake!