“Undoubtedly the finest island of its size in the world” proclaimed Marco Polo upon visiting Sri Lanka in the 13th century.

‘Pearl of the Indian Ocean’; ‘Emerald Isle’ – Sri Lanka has held many different names throughout its long and rich history. Home to eight stunning UNESCO World Heritage Sites, this relatively small island packs a punch with its deep diversity of culture, natural beauty and ancient history. It is no wonder that the country has been growing in popularity as a tourist destination, recording up to 2.3 million tourists in 2018. However, the road to fame for Sri Lanka has not been an easy one – having been embattled by a civil war that lasted nearly 26 years (1983-2009). The lower middle-income country ranks high on numerous human development indicators yet still has considerable room for development as an international business and leisure destination. In an EHL webinar, EHL alumni Jerome Auvity, Director of Operations at Jetwing Hotels and Chalana Perera, a hotel real estate developer who recently returned to his native Sri Lanka where he’s partnered with private investors to develop strategic tourism assets, discussed the peaks and troughs of the Sri Lankan hotel market, as well as how they view the outlook of the country’s development.

Clocking the highest biodiversity per unit area of land in Asia, Sri Lanka has much to offer on its island of flora and fauna. In particular, Jerome and Chalana outlined three key reasons why they believe Sri Lanka shines as one of Asia’s biggest hidden gems: 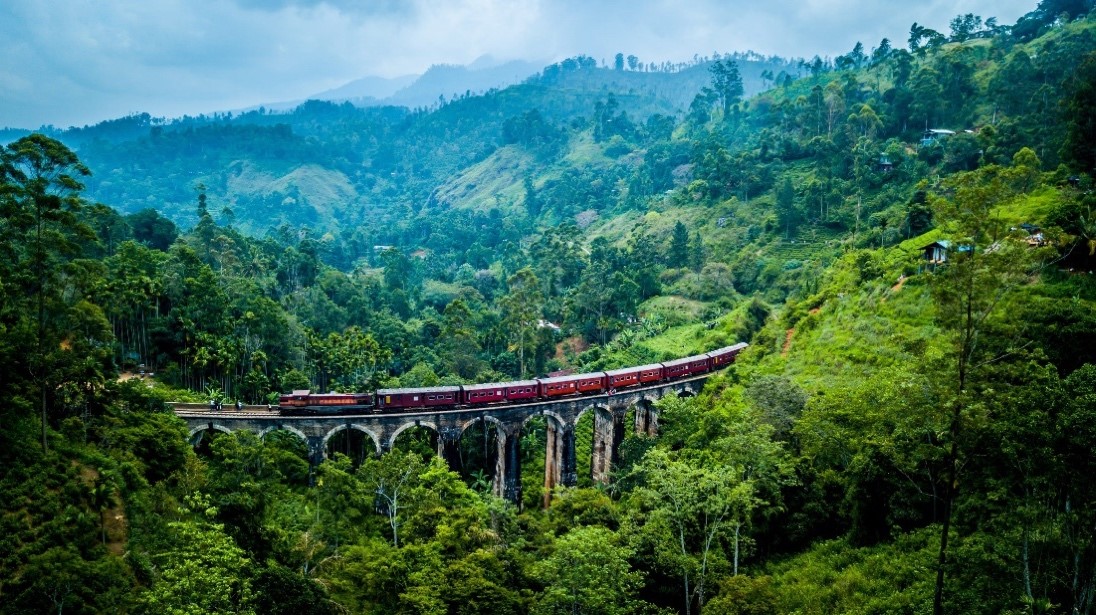 The evolution of the Sri Lankan market

The Sri Lankan market as we see it today has fast evolved since the decades-long civil war that ended in 2009. In just about 10 short years, the country has been transformed – “the change has been quite huge in terms of roads, highways, ports, hotels, real estate, and we have seen a real boom of the country,” Jerome explained. This development was aided by China, which recognized the strategic importance of Sri Lanka in expanding its ‘String of Pearls’ project and invested heavily in the country’s progress. In fact, as Jerome revealed, “China is developing at the moment what they call the ‘Port City’, which is a man-made, reclaimed land right in front of the main area of the city. It’s a huge development with four hotels, international schools, hospitals, condominiums etc., which will be finalized in the next 25 years.” Expected to rival cities like Hong Kong and Dubai, Port City is but one example emphasizing the monumental changes that Sri Lanka is still expecting to see in the long-term.

With the continued development of the country and its growing popularity as a tourist destination, the hotel market of Sri Lanka has also been attracting increasing interest. According to Jerome, “[Just] five years ago, Hilton International was the only international brand in the island. Today, you have Shangri-La, Sheraton, Marriott, Mövenpick, just to name some of them,” which serves as a testament to how far and quickly Sri Lanka has carved a name for itself on the international stage for tourism. On the other hand, Chalana added that this applies not only to the international brands, but also to local hotels. Local entrepreneurship in this space has been on the rise as tourism becomes an increasingly important aspect of the Sri Lankan economy: “What’s also interesting is to see the local home-grown rise in entrepreneurship in more rural areas, not only in Colombo. Call them ‘mom and pop hotels’ if you want; that’s [now] the backbone of the local [tourism] economy and local [tourism] industry.”

Yet, despite the tremendous growth the country has already seen, tourism in Sri Lanka still has capacity for more, especially as it remains a relatively small player in the hotel market in the region, compared to the likes of Thailand and Vietnam. One of the opportunities, as Chalana identified, is in increasing awareness of the country. “Competing against markets like the Seychelles and the Maldives for the luxury segment; versus Thailand, Indonesia, Cambodia for the cultural element; versus the cuisine and history of India – there is a lot of competition. But Sri Lanka has a lot of that's bundled together and it’s something that we might not yet be marketing very well.”

Through targeted marketing strategies, Sri Lanka thus has the potential to establish a unique positioning on the global market and increase its awareness among the desired audiences. This would also help boost the second opportunity Jerome and Chalana described: attracting FDI (foreign direct investments). “FDI is the main thing that we need to bring into the country. If that falls together, I think that yes, we will have the demand for more hotels. But proper regulations are necessary to encourage the FDIs and foreign entities to come in and establish themselves without having ‘today, a rule and tomorrow, another one’ – which is what’s happening now,” Jerome highlighted.

As with any other market, Sri Lanka faces its own set of unique challenges, especially in ensuring that it retains its authenticity amidst rapid growth. Jerome began by raising two concerns: first, the risk of hotel room oversupply with the numerous major developments in the pipeline; and second, the possibility of bringing unwanted attention to certain vices in society, through the upcoming constructions of casinos and casino-resorts. “This is the part that we need to be able to manage intelligently, so as not to lose that authenticity and genuine type of people we have in the country,” he emphasized. Therefore, balancing growth with respecting the identity of the island is of utmost importance in the country’s pursuit of further development. Nonetheless, as Chalana added, “If you have international chains and MICE tourism etc. coming in, it’s inevitable that certain conveniences and lifestyles that are not, let’s say, native to the island, will be imported in that process. That’s fine and I think Colombo is a diverse and cosmopolitan city; but if you can still preserve parts of the island as ‘authentic zones’, that will be the success of the country in the long run.”

Global hotel markets have always been susceptible to demand shocks and Sri Lanka is no exception. After hitting record tourist numbers in 2018, the 2019 Easter bombings proved to be a devastating loss both for the lives lost as well as for the tourism sector. And just as the market had recovered, it has been dealt yet another blow by COVID-19. To ensure survival, the hotel industry must thus be adept in navigating the short and long-term challenges to stay on the road to recovery. “The short-term is that we need to work out the travel restrictions and as soon as we’re able to bring back the international markets, we need to restart the country’s promotion and marketing – and bear in mind that we’re not going to be the only one. The whole world will be trying to attract tourists, so extra effort will be required,” Jerome explained, “On the medium to long-term, obviously the objectives have shifted from a few months ago, but we will aim to get back the 2.3-2.5 million tourists within the next two years. Then, political stability is very important, as well as proper regulations to encourage FDIs and foreign entities to come in. Finally, Sri Lanka needs to finalize the infrastructure development and manage the risk of oversupply of hotels.”

Outlook for tourism in Sri Lanka

The Sri Lankan tourism sector has evolved and will continue to evolve immensely from where it was just over 10 years ago in 2009. In a post-COVID world, regaining investor and consumer confidence may take some time. However, given the attractiveness of the country as a destination as well as its strong potential for growth, there is no doubt that the sector will get back on its feet; and through the continued development and maturing of the hotel and real estate markets in Sri Lanka, it will certainly be a destination to watch in the years to come. As Chalana expressed, “I would like to see the day that the Qataris or the Singaporean sovereign wealth fund or an Australian pension fund looks to buy hotels in Sri Lanka, as they are doing in Paris and London and Singapore” – which may well not be too far from today.