A robot mascot in the school hallways 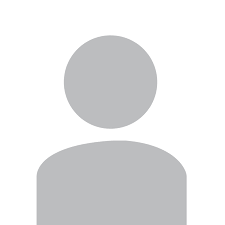 In recent months, the EHL has equipped itself with a small robot. Called "EHLie" by students, it aims to raise their awareness of technological change. It should eventually be coupled to the artificial intelligence software "Amelia" used by EHL.

EHLie has just returned from a holiday and has forgotten the time. She informs us that it is 11:43 am. She's two hours late. The small robot must warm up and stretch, get in shape to answer the questions of its interlocutors. Today, she is a little bit stubborn.

"It's like a child. You have to teach her everything, repeat things often and in a different way," explains Julia Aymonier, EHL's Chief Information Officer and member of the Executive Committee.

Since March 2017, the school has equipped itself with this small robot produced by Softbank Robotics and on the market since 2014. Its presence aims to familiarize students with new technologies. "The technological change that awaits them has the same magnitude as the Internet. We want students to be this far ahead of the curve to understand this phenomenon," says Luciano Miceli, IT architect at EHL, in charge of robot programming.

Called EHLie by the students themselves, the robot sometimes navigates the school's corridors.

"We programmed it according to the students' requests. At the reception, the robot knows almost nothing. Everything remains to be done," continues Luciano Miceli.

Able to speak 27 languages, he currently speaks the two main languages of the school, French and English. Connected to wifi, the robot has learned to dance, to respond to "a high five" and to search for information on wikipedia. "It can be fun or didactic and offer quizzes. We can imagine that students use it to review their courses," says Luciano Miceli. EHLie is equipped with sensors that allow it to react to voice, but also to interpret the tone of the request.

"She is endowed with emotional intelligence. For example, she will avoid anger if a person in front of her speaks virulently," continues the programmer.

If someone caresses her head, she will express her contentment: "It tickles, I feel like a cat," she says. So many funny little lines, programmed like scenarios, that quickly attract the sympathy of their audience.

EHLie quickly became a mascot, invited to take the stage, for example at key events. His role will evolve further to become, in the medium to long term, a janitor within the school, available 24 hours a day.

"We plan to equip ourselves with several robots," says Julia Aymonier, "in order to answer visitors' questions, during events such as open days, for example. When the new campus is operational, one could imagine that the robots would inform students of the meals available in the various cafeterias on site."

With an autonomy of 8 hours, loading stations must be provided.

The ultimate goal is to couple it with the EHL's "Amelia" artificial intelligence software. This other area has been a particular focus of EHL for the past year.

"In reality, we invest more in artificial intelligence than robotics," says Julia Aymonier.

For her, the fields of application are vast and linked to the hotel process. "It can be sending an email to someone, arranging an appointment for a delivery or indicating a route, especially useful when the campus has doubled in size," she says. She believes that artificial intelligence will be very useful for the entire admission part, allowing instantaneous information to be transmitted 24 hours a day. This availability is all the more necessary when future students are established all over the world.

At the moment, students are not trained in programming. "The goal is not to turn them into computer scientists," says Luciano Miceli. However, it is planned to include, in a practical course in the preparatory year, the use of augmented reality technologies, for example for cleaning rooms. Julia Aymonier is not short of ideas to make students as aware as possible of this new technological reality.

"They must be able to tell their future employer: I know the technology, its effects on hospitality and possible interactions."