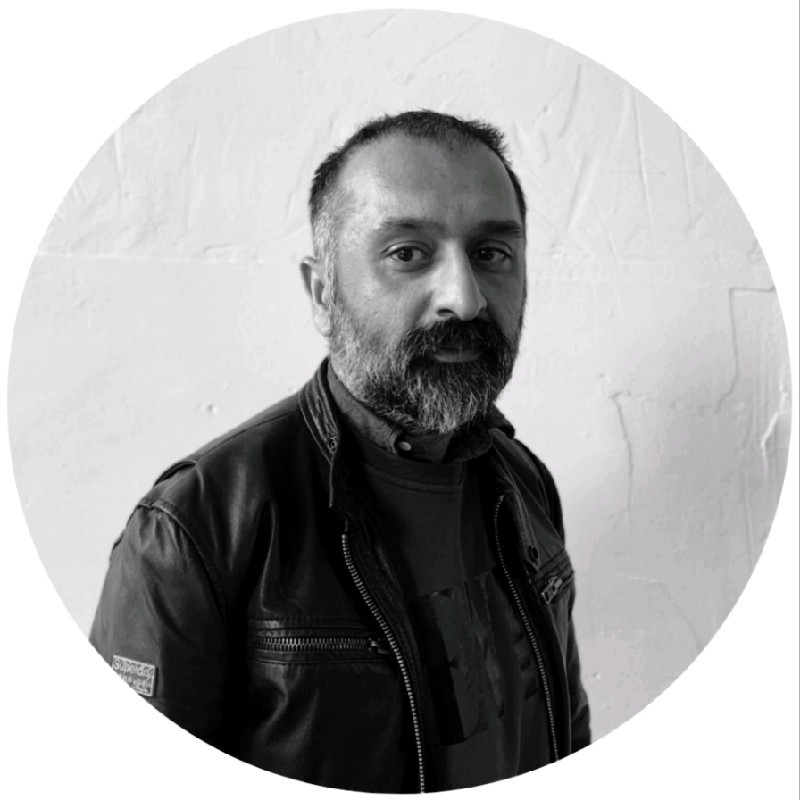 When Muslims from India and Pakistan began arriving in the United Kingdom in large numbers in the 1960s, they imported two anxieties common to immigrants: what to eat, and where to pray. The new foreigners, usually men, sought places of worship and a dependable supply of nutrition associated with their homelands. This included ‘halal’ food – meat and poultry killed in accordance with Quranic guidelines derived from the teachings of the prophet Muhammad. In cities such as Leeds and Manchester, where mosques weren’t available, Muslims prayed on factory floors or worshipped in converted flats. Halal food was harder to come by. Many urbanised Muslims sought out the services of agricultural workers who had resettled in the UK after the convulsions of empire. Men would buy chickens from farmers, former Asian farmhands or imams, who would render the food halal.

Nearly 70 years later, few areas of modern life remain untouched by the requirements of 2.7 million British Muslims. Once a marginal sector (the UK was home to just 50,000 Muslims in 1939), the halal industry now influences every aspect of the worldwide food-supply chain. Around 30 per cent of the global food market is now made up of halal products. In the UK, multiple halal certification bodies compete to authenticate halal suppliers; chains such as Nando’s, Subway and Chicken Cottage sell halal items, usually chicken, as part of their menus; and Pizza Express serves only halal-certified chicken in all its 470 UK branches. Halal meat (including poultry) can now be found in supermarkets such as Tesco, Asda and Sainsbury’s. In urban centres such as London, Manchester and Liverpool, secondary schools offer halal lunches to Muslim students.

For many Muslims today, this modern halal industry feels far removed from its origins in the Arabian Peninsula. While the Quran promises ‘rivers of milk’ and ‘rivers of purified honey’, the earliest Muslims living in the austere environment of the Middle East in the seventh century relied mostly on limited vegetation and milk products from camels, sheep and goats. Meat production and consumption was severely restricted by the scarcity of water: camels were used to transport goods and slaughtered only in cases of necessity. Arabs consumed dates and large terrestrial birds called bustards, while the Bedouin ate grasshoppers. In coastal regions such as the Gulf, Arabs ate fish. Yet even out of this austerity, early Muslims sought to codify their religious beliefs, with ‘halal’ describing not only products but also rituals regarded as lawful or permitted, and ‘haram’ employed to mean the opposite. This 360-degree view of Islam can be found throughout the Quran, which states that ‘Allah has permitted trade and has forbidden interest’. During the Hajj, the annual pilgrimage to Mecca, hunting land animals is ‘forbidden’, but eating seafood is ‘lawful’. In everyday dealings, charity is ‘halal’, usury is ‘haram’; most fish is ‘halal’, pork is always ‘haram’.

But for younger Muslims, the term halal has broken free of the basic rules of conduct once adhered to by their immigrant parents to encompass a wider set of welfare and lifestyle choices, including education, healthcare, travel, cosmetics, modesty fashion and financial products, as well as experiences such as birthdays, weddings and events. Hotels and beaches can be segregated and halal; cosmetics and birthday cakes can be free of animal products; financial services can be interest-free.

Even more noteworthy is the way that various aspects of halal lifestyles appear to be converging with mainstream (non-Muslim) beliefs about the environment and health consciousness. This is partly due to a growing awareness of how Muslim leaders have sought to frame Islam’s attitude towards food. For example, there is a growing body of religious work suggesting that veganism is probably the position most consistent with the prophet Muhammad’s lifestyle. Indeed, early Muslims viewed meat-consumption with suspicion. The prophet’s cousin and son-in-law Ali ibn Abi Talib, the fourth Sunni caliph and first Shi’ite imam, is reported to have said: ‘Do not allow your stomachs to become graveyards for animals.’

Opponents of factory farming, meanwhile, can take heart knowing that the Quran elevates the status of animals to those of sentient creatures. The prophet Muhammad instructed Muslims to show compassion to animals while allowing them ample access to food and water. Islam forbids hunting for sport, and Muslims are told to conduct slaughter out of the sight of other animals to minimise suffering. Muslims are also encouraged to cover the eyes of animals during slaughter to stop them from seeing their own blood. Consumers interested in movements such as fair trade will find some common ground here.

Most intriguing perhaps is the unlikely pairing of halal with so-called ‘clean eating’ drives. Clean eating generally promotes produce that is grown or farmed without resort to pesticides and additives, in contrast to halal’s association with ‘purity’, which derives from the traditional Quranic prohibition on a very different pollutant: the consuming of blood (seen as a vector for toxins and infections). Yet, as issues of food purity and food hygiene take precedence over intensively farmed abundance, these elemental halal practices appear to be merging with secular food purism. Practitioners of halal slaughter, for example, are keen to stress that they kill animals quickly, cleanly and kindly: estimates from the Food Standards Agency suggest that up to 88 per cent of animals killed by halal methods in the UK are stunned beforehand. And with the rise of industrialised meat production making it difficult to trace where most meat comes from, halal methods (like smallscale organic farming methods) can underwrite provenance.

Companies such as Nestlé are now becoming global leaders of processed halal foods aimed at Muslims and non-Muslims alike, while multinational firms such as Walmart and Carrefour are major halal suppliers. Across the world, businesses and governments are intervening to offer halal versions of national dishes that meet the expectations of both Muslims and health-conscious eaters. In Japan, pork-free ramen noodle dishes and sushi prepared without rice wine mirror the development of French-halal cooking in Europe.

Many authorities across the Western world that are approved to certify meat, including poultry, as halal are, in turn, co-opting the mantras of clean eating. Among them, Halal Transactions, based in Omaha, Nebraska, has published guidelines on ‘Eating “Clean” While Eating Halal’, which suggest that clean eating ‘gains a deeper importance’ within the context of Islam. The rationale here is that Muslims are obligated to eat food that is not only halal, but tayyib – which can be translated as ‘good, clean, and wholesome’. Over-processed foods are not considered tayyib, while all-natural foods are. Halal Transactions goes on to state that the obligation to steward the environment ‘can potentially be better met with organic, non-GMO, free-range, insecticide-free’ foods, because these classifications are ‘based on responsible agricultural practices, obligatory in Islam’.

With our food supplies both burdened and liberated by an abundance of choice, for many Muslims, meat-eating might return to the minimal space that it occupied in the days of early Islam. This would occur for reasons of health, purity and wholesomeness. For non-Muslims seeking similar assurances, the path to clean-eating might also be halal.

This article was originally published at Aeon and has been republished under Creative Commons.