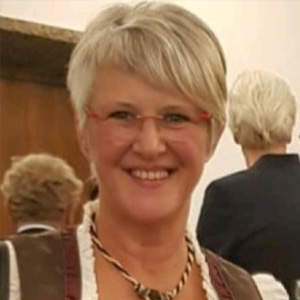 The Hotels & Chains in Switzerland 2019 report by Horwath HTL reveals that the chain penetration rate by key is already at over 26% and growing fast. 38 chain hotels with roughly 4,800 additional keys will be added to the existing supply in the next three years.

2018 Switzerland’s largest domestic chain group, Mövenpick, was acquired by Accor. This transaction leaves the country with only one internationally renowned hotel chain: Kempinski. However, Kempinski operates only two hotels in Switzerland itself and ranks only 7th as a domestic group and 3rd as a brand. Sorell is now ranking first in the domestic chain group category. They are slowly and steadily growing their portfolio that ranges from budget to upscale categories.

International upscale & upper upscale hotels are the largest in Switzerland: they have 167 rooms on average; this is more than 4 times the size of the smallest category – domestic 1-2* chain hotels – with an average 38 rooms per property and double the size of their domestic counterparts.

While Geneva remains the top chain (hotel) penetration performer at 34.4%, Zürich had to relinquish second place to Basle which now stands at 22.3%. Another hot-spot for chain hotel development is in the Lake Geneva Area, where 5 more chain hotels will be added in the years to come, four thereof branded.

There is no end to development in Zürich

New chain affiliated openings in 2018 were pretty well spread throughout the country. The pipeline for the coming three years, however, shows a strong focus on Zürich, and the region from Geneva to Berne and Basle.

The total pipeline of chain hotels counts 38 hotels with a total of 4,800 rooms. 14 new brands will enter the Swiss market in the next three years. Only one of these new brands is of domestic origin: Stay Kooook by SV Hotels, who was to date known as a successful second-tier operator of hotels under Marriott brands. Their first openings have been announced for Berne and Nuremberg (Germany) in 2020.

The strong pipeline will continue to push smaller and outdated supply out of the market. In the Zürich region, 15 new chain hotels will add approx 2,200 keys to the existing supply in all categories. Happily, and contrary to previous year’s report, in 2019 the pipeline does not only include city hotels in A & B cities.

This article first appeared on the Horwath HTL website.