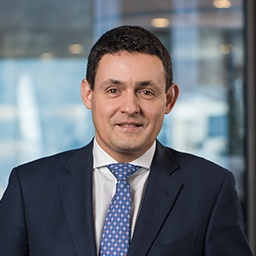 What’s the outlook for mergers and acquisitions (M&A) activity in the hospitality sector? We saw deals peak a few years ago in 2015, not in the number of deals as such – they have continued to grow – but rather in the value of the transactions. Landmark deals involving the Marriott’s acquisition of the Starwood group and Accor’s purchase of Fairmont Hotels & Resorts helped push the value of deals that year to some 200.3 billion US dollars.

Since that peak of activity in 2015, M&A activity has somewhat cooled , with two years at a more reasonable pace in the region of 70 billion dollars. The number of deals done still remains relatively high by historical standards – indeed, since 2014 more than 300 deals have taken place each year. But operators and investors have pursued smaller, more targeted acquisitions, in order to expand their businesses in a more controlled way.

So what can we expect in the future?

Will we see a continuation of the more measured pace of activity witnessed over the past two years or will we see, as in 2015, a year of high-level consolidation among the leading international hotel groups?

For that, let’s examine the current environment to identify what the key factors are right now:

In conclusion, the likelihood is we will see the current trend continuing, rather than another major wave of consolidation among the top players. Hotel operators will seek to expand their portfolios through targeted acquisitions of smaller regional chains. Accor’s pending acquisition of the Mantra Group is a good example of the deals to come.

Emotional intelligence: a blessing or a curse?