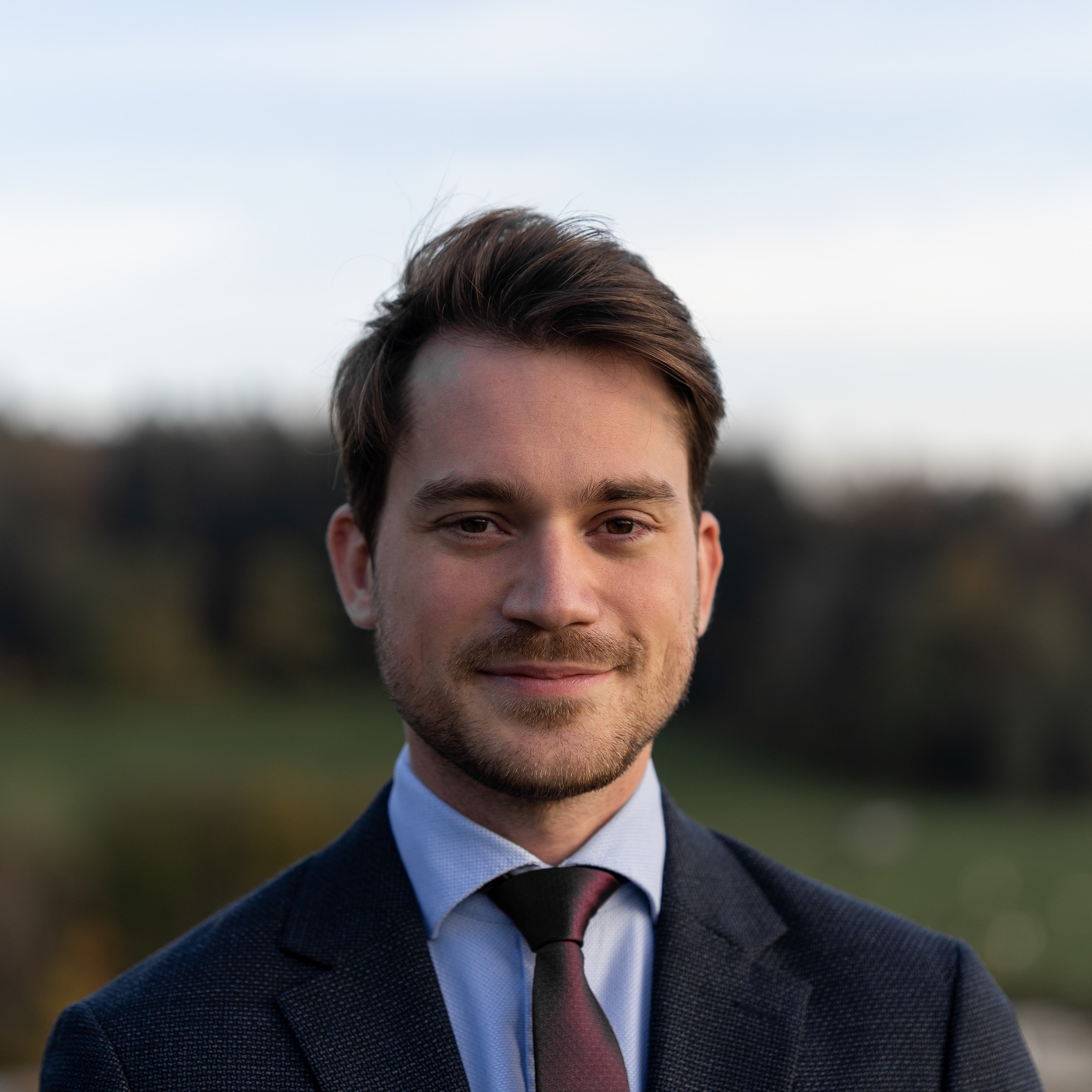 The news is rife with headlines about the COP27, climate change and the critical need to make an energy shift in terms of consumption. How to diversify the energy supply and implement more effective energy management systems? Winter is coming, here we take a look at what's brewing energy-wise for the hospitality sector.

Energy crisis - Is there a silver lining?

Tom Standage, editor of The World Ahead 2023, has named 'Revenge tourism' one of the ten trends to watch for 2023. This term is used to describe the current post-pandemic rebound in travel. Indeed, international tourism arrivals are already well underway to reaching pre-pandemic levels, which are expected to be nearly achieved in 2023. Does this mean that the hospitality and travel industry is finally over the hill of the pandemic?

Nothing could be less certain as another crisis is in the process of rapidly overtaking Covid-19: the energy crisis. Since the beginning of the war in Ukraine, the energy market has become increasingly tense, resulting in prices for gas and coal reaching record levels. Furthermore, the inflationary pressures emanating from the energy market have resulted in a looming risk of recession.

Inevitably, the current situation is impacting the hospitality sector’s recovery. Let’s review how the industry is coping with this new crisis.

The most imminent threat that the hospitality industry is having to deal with is the rising cost of energy. As summarized by the CEO of Accor, Sébastien Bazin, at a conference in Italy on October 12, “energy typically accounts for about 8% of total costs but that could rise as high as 25% in a worst-case scenario.”

Big players may be able to absorb the shock. However, the extremely fragmented hospitality industry is made of numerous small players helpless to face the actual crisis. In the United Kingdom, about a third of businesses in the sector could go bankrupt by early 2023. However, increased energy costs are merely the most obvious threat to hotels’ bottom line, as more obscured rebound effects are also at play. Indeed, customers themselves are facing skyrocketing energy bills, which is forcing some households to cut back on their discretionary spending. Consequently, hotels and restaurants are likely to face an increasing number of empty beds and tables, and thus decreasing revenues and profit.

As a result, some actors in the industry are coming up with different survival strategies. For instance, Hungary’s largest hotel has decided to employ a drastic approach by closing all activities during winter time. Other establishments are opting for more nuanced yet still radical courses of action by shutting down some facilities or entire floors. For example, Caer Beris Manor, an establishment in Wales, has decided to close its gastronomic restaurant and is currently focusing on its bed and breakfast activity. This decision was taken as they could not avoid further transferring their rising costs onto customers’ bills.

Beside hotels and restaurants, some tourist attractions have also recently shut down, thus negatively impacting the attractiveness of certain destinations.

In contrast, other companies are opting for more measured actions in response to the crisis. In Thailand, for example, an increasing number of hotels are diversifying their energy supply by switching to more renewable sources. In response to natural gas prices ten times higher than a year ago, some hoteliers in Europe are focusing on generating their own energy from renewable sources.

In parallel, European lawmakers are also starting to act to protect their economy. The European Union already agreed in August on a USD 280 billions rescue cash package to help businesses in lowering their energy bills. Furthermore, some national governments have decided to take specific actions that affect the hospitality industry. Since the beginning of October, hotels in Spain are not allowed to cool rooms below 27°C or to heat them above 19°C.

While these actions require important investments and may have a long-term payoff, immediate actions could be undertaken at small costs, such as using LEDs instead of regular lightbulbs, reducing lighting unrelated to security or incentivizing guests to reuse towels and sheets.

Yet, the path towards energy efficient hotels and restaurants remains arduous as stated by Michelin-starred chef Thierry Marx, “We are in the middle of an energy crisis and an environmental crisis, we cannot assume that this does not concern us because we run a restaurant. Awareness of all this has at times come a little late in this profession, but today there a very few restaurant or hotel owners who don't want to make this transition.”

Nevertheless, this crisis may also present some unexpected opportunities. For example, Mediterranean destinations seem to have developed an unorthodox value proposition. In fact, some travel agencies are promoting holidays in Spain as more cost effective than staying home for United Kingdom residents, as heating may soon become more expensive than staying at a hotel.

Overall, most hospitality businesses will have to wait for the end of winter to fully enjoy the oncoming wave of revenge tourism. However, the silver lining of this crisis could be a more rapid phasing out of fossil fuels. Whether that will be fast enough will depend on countries’ own policies and the results of discussions taking place at COP27. One of our students, Kelly Ching, had the opportunity to attend and shared her impression of the event. 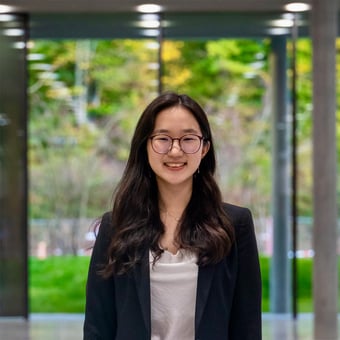 "While COP27 was a breakthrough with the achievement on the Loss and Damage Fund (Financial support for vulnerable communities to recover from climate disasters), it was disappointing to see the small progress made on fossil fuel transition. Global emissions must halve to keep the 1.5 Paris Temperature Agreement alive, but we are nowhere near that target, especially when fossil fuel emission is anticipated to hit a record high this year. It is clearly difficult to move away from the use of non-renewable power sources now, yet we are seeing some new initiatives introduced to prepare ourselves for energy transition, including the Just Energy Transition Partnership (JETP) with Indonesia launched in G20. COP26 made a big step in phasing down coal, but we look forward to seeing more ambitious decisions (hopefully the phase-out of all fossil fuels) in COP28 in view of the intensifying climate crisis."

When necessity is the mother of invention

There is no doubt that rising the cost of energy impacts hospitality businesses and they are looking for new ways to innovate in this area by introducing energy management systems. As expected, motion sensor lighting, energy-saving appliances, smart thermostats, eco showers and improved insulation are becoming crucial steps for the near future. 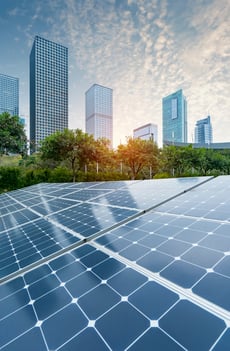 Firms such as DEXMA which develops data-driven energy intelligence software, are becoming increasingly active and visible helpers for hospitality in achieving energy transition and sustainability goals. For example, Adaptiv Systems is developing IoT devices for its customers, including sensors to manage the energy efficiency of buildings. CarbonChain offers a platform for tracking supply chain emissions for companies in the polluting industries including agriculture. Both of these companies were shortlisted for Tech Champions 2022 as projects that use cutting-edge technology to tackle today’s business challenges.

It is worth noting that there are innovations at institutional level as well. To support SMEs in the tourism and accommodation sector and help them improve their energy efficiency and use of renewable energy sources, the UNWTO launched the Hotel Energy Solution (HES). The HES e-toolkit helps hoteliers assess their current energy use and find appropriate solutions.

For those wondering about their current environmental impact, there are also various tools available. For instance, Hilton offers a “LightStay Event Impact Calculator” for their customers to estimate the environmental impact of a meeting or event including the carbon emission, energy use, water and waste. It is likely that if an estimate is made beforehand, such a calculation can allow measures to be taken to reduce the negative impact.

Hospitality players are also finding creative ways of reducing costs. Some of them have started offering “dining in the dark” experiences. To survive, smaller restaurants are making greater use of social media and engaging community. A Nigerian family-run restaurant in London which opened in 2020, shared their struggle with followers and got more than 600 bookings in 4 days helping them to keep their business afloat.

In parallel, there is room for technological shifts and more notable innovations. Indian startup On2Cook developed a new device for cooking that promises to save up to 70% time and 50% energy consumption and got initial funding – it also took part on Shark Tank India’s grand finale.

Investors are attracted to green solutions. Platforms like Raise Green offer a marketplace to get funding for renewable energy projects and simple ideas such as Kadeya which claims to be closing the loop on beverage vending by eliminating single-use plastic bottles, are getting pre-seed money. ChargeNet, a US public-charging station startup, is partnering with a Taco Bell restaurant to install EV chargers in their parking lot. However, the transition to low-carbon energy system requires energy, which at present most likely come from fossil fuels.

The current crisis has galvanized interest in alternative sources of energy. HiiROC is one of the startups working on the production of low-cost and zero-emission hydrogen at scale, and hydrogen, the most abundant element in the universe, is expected be the “the energy commodity of the future in the energy sector”. One airline, Icelendair, has announced its plan to have carbon-free domestic flights by 2030 and for this goal they partner with two startups, Heart Aerospace and Universal Hydrogen, to deliver emission-free aircraft.

Ski resorts are also joining the race to reduce their emissions and are increasing demand for resource-efficient homes with low(er) environmental impact. One solution could be to find more efficient ways to use and store renewable energy such as sand batteries, a project run by Finnish engineers who are motivated to tackling climate change.

We can be assured that more and more innovations and start-ups will emerge in this area as the demand from the hospitality side for such solutions grows.

Five things to do this weekend

“Energy and civilization: A history” by Vaclav Smil – about human innovation in transforming energy into heat, light and motion that has driven our cultural and economic progress over the centuries.

How the energy crisis affects the daily operations of hospitality businesses across Europe and what the outlook is for the next 12 months.

The recommendations on electricity saving from Hôtellerie Suisse.

The podcast project “Time to shift” aimed at informing and influencing the debates on the energy transition in Europe through scientific rigor.

The podcast produced by The Indicator from the Planet Money about the situation regarding liquefied natural gas supply in Europe. 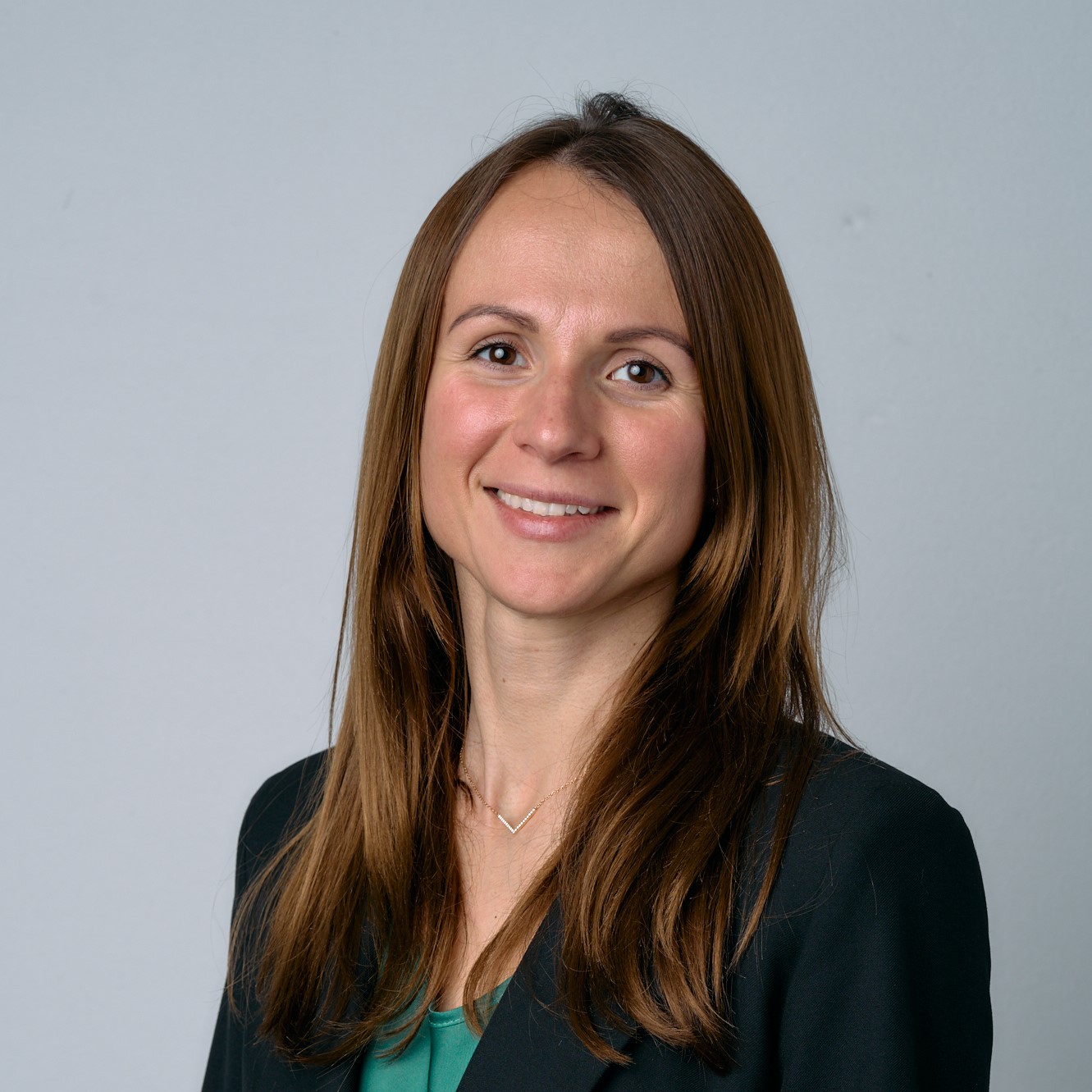 Become an innovative leader in the hospitality industry!

Download the brochure to learn more about the practical approach to the EHL Bachelor in International Hospitality Management.