Expand your culinary culture with these Michelin Guide trivia facts 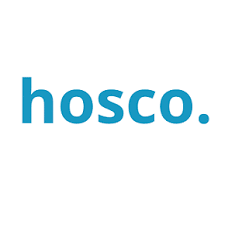 Even in the age of Google, general knowledge still matters. More so if it involves gastronomy and the culinary arts.

We help you expand your general knowledge with this selection of trivia facts related to the Little red book - also known as the Michelin guide. How many questions could you answer?

Which country has the greatest number of 3-star restaurants?

Who is the most decorated Michelin Guide chef?

What is the most expensive 3-star restaurant?

Dining among the stars is not cheap! The world’s most expensive 3-star restaurant is Kitcho, located in Tokyo, serving traditional Kaiseki cuisine from chef Kunio Tokuoka. The average price per person for a multi-course tasting is between €500 and €600.

Which country has the most Michelin-starred restaurants per capita?

Switzerland is the most Michelin-starred nation per capita.

When did the first US Michelin Guide issued?

The first US guide came out in 2005 for New York City, and was followed in subsequent years by San Francisco and Chicago.

Where is the most unexpected location of a 3-star Miceling Guide restaurant?

Sukiyabashi Jiro wins for most inventive/unexpected location for a 3-star restaurant: the 10-seat establishment serves award-winning sushi by 90-year-old chef Jiro Ono in a basement office attached to Tokyo’s Ginza subway station. A documentary, ‘Jiro Dreams of Sushi’ was produced about the chef and his sushi in 2012.

Which restaurant holds the Michelin Guide record for longevity?

When was the Micheling guide 3-star system introduced?

In 1933, when the 3-star system was introduced, 23 restaurants in France earned 3 stars. The first one in alphabetic order? Le Chapon Fin in Bordeaux.

Who is the Michelin Man?

Bibendum is the official name of what is commonly known as ‘Michelin Man’ and the company’s symbol, made to look like a stack of tires. This comes from the Latin ‘Nunc est bibendum’ (now is the time for drinking.) It was meant to convey the thought that ‘Michelin tires will drink up obstacles in the road.’ The image was actually taken from a rejected poster by a French cartoonist for a Munich bar in 1898, the original large man in the drawing replaced by a stack of tires resembling a human in shape and stature.

This article first appeared on hosco.

Q : What is Culinary Arts?