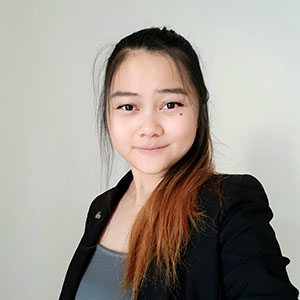 What is hospitality concept design?

Creating a sound hospitality concept comprises a multitude of elements. “What Story are you telling, what Services you offer, what is the Identity of the place, what channels do you use, what Content do you produce – all these elements together actually create the concept. You need something stronger [than just fresh interior design],” said Youri.

With all these elements, however, there is one that stands out: the story. “You have to start with a story,” Youri continued, “whether you have a three-room bed and breakfast in Italy, or a 300-room hotel by the train station, you can still tell a story. Once you have nailed that down, you can [move into the other] elements around it.”

And above all, it is about the overall coherence that you weave with each element of your concept. “All of these things have to work together, and I think the main mistake that people do is that they make a lot of very good decisions in those specific elements. Maybe, the interior designer is great, and the people are amazing, but the service is bad, and the identity is non-existent – bringing that coherence is really what makes the difference,” he explained. 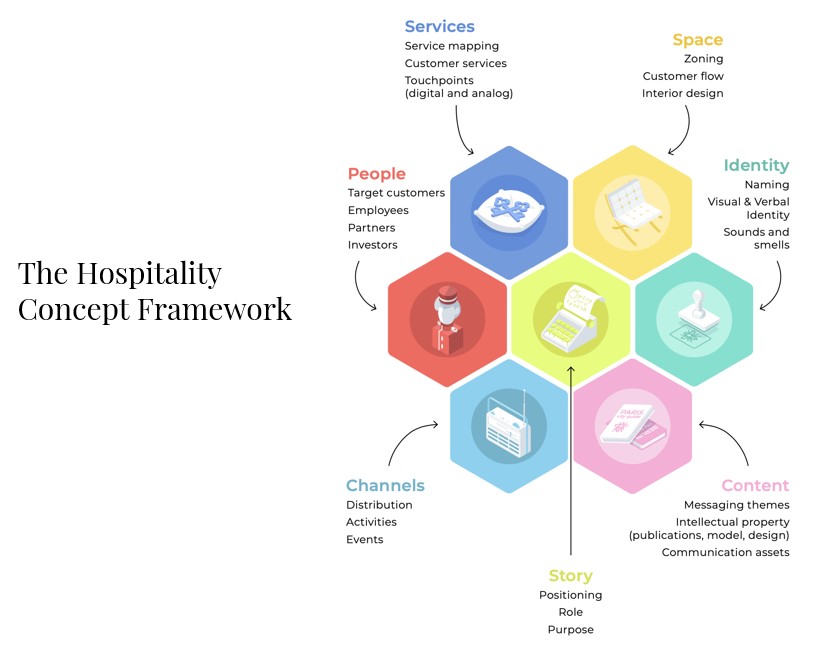 How can we build a story in designing a hospitality concept?

To many, the word ‘story’ is nearly as broad as ‘hospitality concept design’. So, how can we break down the meaning of creating a story even further? Firstly, you need to define your positioning and consequently, your target segment.

In fact, one example of a hotel brand which has created a unique positioning is the famous Zoku. Youri described, “Zoku is positioning itself as a place for entrepreneurs or innovators. […] But they didn’t do it like, ‘Oh, let’s rent out our infrastructure and facilities, but have nothing to do [with the event]’. [They said,] ‘Let’s get involved with this. How can we be part of these hackathons? How can we connect people?’ By moving from this passive goal to an active mode, their positioning became true.”

With a strong positioning, Zoku has thus been able to stand out from the crowd by creating a clear added-value above and beyond simply offering hotel rooms. “If you look at the product itself, it's a room and it has the sink, it has a toilet and a shower. It's well done, no doubt, but is this breakthrough and world-changing? I don't think so. What's breakthrough and world-changing is how you put all the pieces together, and that - there's only one Zoku”.

From there, you then need to define your role within your target segment – what is your value proposition to your customers? As he further explained:

In hotels, when you’re just offering a bed – a clean room, Wi-Fi, and hot water – those are just hygiene factors. […] What is your role beyond that? That's where I think a lot of hoteliers haven't done that work and to be fair, they didn't have to. [But] now with COVID, we’ve seen a lot of hotels, restaurants, and event spaces that say, "What else can we do? What other value can we offer? How else can we connect with our customers? I’m very hopeful about the dynamic that this will give the industry.

Understanding hotel concepts and their role

Tell us more about how you have (re-)categorized hotel brands by how they fulfil our needs?

To exemplify how hotel brands can play different roles for their target segments, Youri and his team looked at hotel brands from the perspective of Maslow’s hierarchy of needs. “The higher up you go, the harder you are to copy,” he explained: 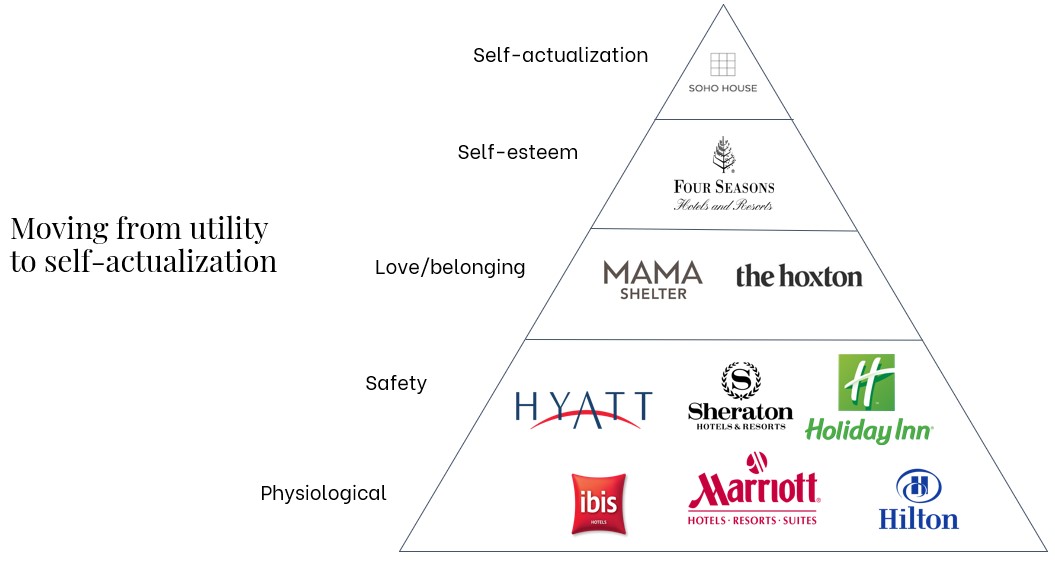 Hotel brands through the lens of Maslow’s hierarchy of needs. Source: Creative Supply

How can you leverage ancillary services to optimize revenue?

Rooms and F&B have always and will continue to drive a hotel’s revenue. However, savvy hoteliers would recognize the opportunities in using ancillary services and amenities to further optimize these revenues. For example, by offering corporate training programs with a partner during the low season in January, whilst people are gearing up for the year with the ‘new year, new me’ mindset. “Education, for instance could drive people in the facilities, who would then spend within the traditional hospitality offering. […] What will attract people to get a room is not the room itself. As we've seen before, a room is a bed – how good can a mattress be? How good can a TV be?”

“I think we need to differentiate these [ancillary] activities and see them as added value to the core product, which is rooms. I do think that there is a real potential in the subscription model for certain products. […] And I think that one revenue driver will come much more from the needs of the local people. You know, a dry cleaning, a flower shop, a butcher; why can’t those things be part of what a hotel offers – if the location makes sense?”

How could we convince hotel owners about the importance of storytelling?

For many hotel owners, the first thing on their minds may not be telling stories or building concepts – it’s probably more about assessing the location or measuring the revenue per square foot. As Youri explained, “’Location, location, location,’ will always be true for anything that is physical, be it retail or a hotel or a restaurant. [A product’s] location may not always be the best, […] but what can we tell people to still make it attractive? That’s where a great story can compensate for poor location.”

“And then the second point is how do you link storytelling with price per square meter,” he continued, “Let me give you an example [with conference rooms]. Nobody uses them in the evening or on the weekends. We had that problem with a hotel and we said, ‘Let's develop a concept just for the event space,’ and we called it ‘STAGE’; a place for local events. […] We didn't use the ‘conference room’ story. [And with that,] we could have kids' movie mornings on Sunday mornings, birthdays on Saturday afternoons, and yoga nights in the evenings during the week. And suddenly, your occupancy rates of the conference rooms are increasing crazily, as does your revenue per square meter. Simply because you’ve changed the narrative.”

How do you convince conservative hotel owners to push the boundaries with their concepts?

To answer this question, Youri put it simply: “If people don't understand that they need to change and need to do things differently, we have too much of a stretch. If you have someone who believes that the only way to go to the next village is by using the donkey and you try to explain to them that a car is great and they don't accept it, I think you're losing your time. You need to sell and explain things to people who are already understand that a car is a great thing. They just don't know which one to pick.”

However, he believes that there will be a greater shift towards such novelty concepts. “I've seen the market change a lot over the past few years. [Some clients have] come to us and said, ‘Look, our margins are decreasing because the top line is no longer where it used to be, or it's decreasing. From a cost-margin point of view, we are great. So the only way we can increase the bottom line is actually by increasing the top line. And to do that, we need something new.’

I think COVID will put even more pressure on that, because in certain cities you're going to have an oversupply, especially in the next years. So, you need something more if you don't want to just cut your rates.”

Case Study: Tying it all together in one hospitality concept

To bring it all together, Youri described a project that they worked on in Paris – the Hotel Cujas Pantheon (now French Theory), a 50-room hotel in the French capital: “[It was] a typical Parisian hotel – breakfast in the basement, nothing amazing about the hotel or rooms; clean, working product. [We wanted] to do something completely different. [But] if you work with info If you work with information that everybody has, how can you come up with something that nobody else has? So we [got on] the streets and [observed]. What do people wear? Do they have dogs? Do they drink coffee and beer during the day? Do they have fancy cars?

One interesting thing we found is [a monthly creative publication published by a literary club called ‘Les Hydropathes’] that were published 150 years ago in Paris, with beautiful illustrations and were free of rights. So we thought, maybe we can use them in the future. And we discovered this movement called ‘French Theory’, which is a philosophical movement that was born in the neighbourhood and was very famous in the US.

So we [created a story based on], ‘This place is about living creative moments.’ [The space] was tiny. But we managed to put a local cafe, cool event room, retail spot, and mini lobby with self-check in.

And then comes the visual identity. We took this name ‘French Theory’ and together with Violaine & Jérémy, Parisian graphic designers, designed a new font and new illustrations for it – so suddenly, it had a soul. And then we came up with all those theories: ‘It is significantly easier to apply higher-order thinking after a glass of French wine.’ […] You're not saying, ‘Great wine after five o'clock.’ You’re tell people that you have a sense of humour. You have a way of doing things differently. 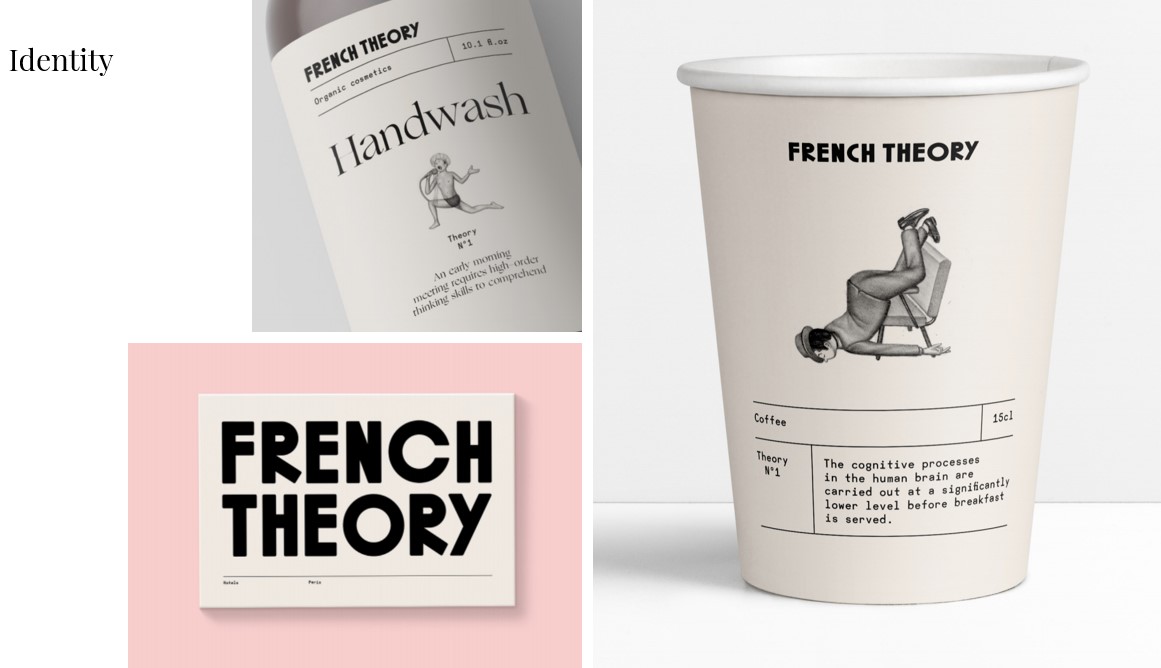 Then [we created] this audio lab […] There's a lot of music labels around in the neighbourhood. And by talking to the hotel owner, a music fan, we understood that many music labels didn't have enough space, and often [lacked a] recording studio. So [we thought], "Hmm, what can we do with the space in the basement with no daylight? Maybe we can [create] a recording studio."

This studio is booked weekly for recording sessions. It brings a lot of young artists. [We also have] people who create beats for free in exchange for using the studio. So French Theory is almost a media brand because it can showcase and produce some really cool songs.

At some point during COVID, they even had a very cool hairdresser in one of the rooms [giving appointments]. But all of these worked because the core story is about ‘living creative moments’. If you don't have a core story, why would you bring a hairdresser into a room and why would that be cool?

And if we had to plug each of the elements of that concept on that [hospitality concept] framework, you would see that there is an explanation for every single element, and there is a coherence.”