Why all the Appellations Bordeaux?

Jean-Marie Cardebat, wine economics professor at the Université de Bordeaux, director of its finance and economics research center (Larefi), and affiliate professor at INSEEC Business School, spoke to Hospitality Insights recently on the sidelines of a wine and hospitality management forum at EHL about issues currently affecting Bordeaux wine producers.

Bordeaux wines classification: too many appellations?

In Bordeaux, there are almost 60 Bordeaux appellations. Currently throughout France, says Cardebat, there are some 360 designations.

How many of the 360 French appellations can you name? “Even the best specialists would be incapable of naming all the appellations in a region such as Bordeaux or Bourgogne”, Cardebat says. 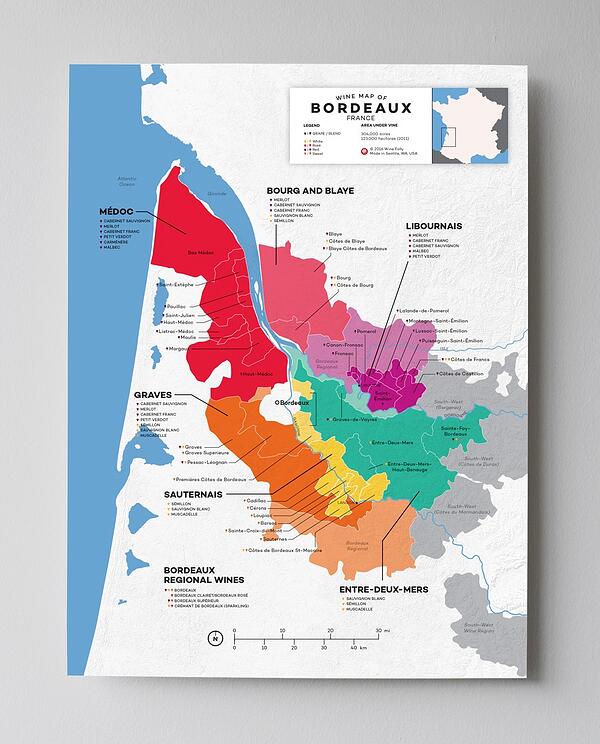 All wine is different. But try sitting down to dinner and being asked to make an informed decision between a Puisseguin-Saint-Émilion (try typing that into your smartphone quickly) or a Montagne-Saint-Émilion. If the former is €15 and the latter €10, how would you know that it is worth spending the extra €5?

In a recent paper, Professor Cardebat shows that wine drinkers accept substitutions within the same appellation. “The Saint-Émilion appellations are considered to be near perfect substitutes,” he says. Consumers also perceive the difference, for example, between a Bordeaux and a Bordeaux Supérieur as purely semantics.

Information overload also extends to wine, says Cardebat: “Finding out what is behind the appellations and what they mean in terms of quality is very difficult. The message we’d like to send to politicians and wine producers is: be careful, we’re losing consumers because they can’t understand our message.”

“The solution is to simplify, and undoubtedly merge a number of appellations and focus on the keywords that the general public can easily identify: Bordeaux, Burgundy, Tuscany. Leave a few satellite appellations for the specialists but as it currently stands, having these obscure appellations may stroke the ego of a few wine producers but in terms of marketing efficiency it makes no sense.”

Wine growers are likely to cling to their appellations, unwilling to relinquish what sets them apart. Citing the specter of protests, including burning tires and roadblocks, Cardebat continues: “Most wine producers are not necessarily aware of the economic utility of reducing the number of appellations. Picking a fight with this rural population is usually a lost cause and it would be worse if the European Union were to get involved. Farmers and wine producers would find a national or regional solution more palatable for sure.”

The INAO, the national institute that regulates appellations, could step in but in a country with more local governments than all other EU countries combined (see the “millefeuille administratif”) cutting down on bureaucracy could be a challenge.

In the early part of the 21st century, the Chinese bought up iconic Bordeaux wineries and also mid-range ones, which enriched both Bordeaux and Beijing.

China saved the Bordeaux wineries in the mid-2000s when the vast majority of the sector – especially the mid- and low-range – was mired in crisis. Bordeaux crushed the competition and for several years it was practically the only player in China.

But the 1855 classification of wineries (Pétrus, Cheval Blanc, etc.) accounts for a mere three percent of the Bordeaux market. “There is a dark side to Bordeaux where wine is sold at incredibly low prices; I even saw, at a German discount supermarket, a bottle of Bordeaux selling for €1.20. This is terrible for the image of the entire region. But it is indicative of the reality,” Cardebat says.

After a difficult period, prices are healthy but the Bordeaux bubble has burst and a host of other challenges including counterfeiting, anti-corruption initiatives and a Chinese-US trade war loom on the horizon.

Driven by local demand for wine, China could, according to Cardebat, become a major player:

Most wine sold in China is made in China. In the future, I can easily see China becoming a major exporter and why not – I’m going to be a bit provocative – the world leader in wine exports?

Most wine drunk in China is already produced in China and more land (i.e. the terroir) appropriate for growing grapes will be found in the future. For Cardebat, “It might sound provocative, but China will be making excellent wine in 10 to 15 years.”

He points to the example of the United States, where strong domestic demand for wine underpinned expanding local production. “I see the US and China becoming the top two wine superpowers on a 20- to 30-year horizon.”

Jean-Marie Cardebat’s paper, ‘Do denominations of origin provide useful quality signals? The case of Bordeaux wines’, co-authored with Florine Pecheux-Livat of KEDGE Business School and Julian Alston of the University of California, Davis, explores whether Denominations of Origin (DOs) provide useful quality signals for wine consumers. He previously co-authored a paper entitled ‘Are there too many appellations in Bordeaux? A renewal of the brand vs appellation debate’ with Florine Pecheux-Livat.

The 2nd Wine & Hospitality Management Workshop Lausanne was staged at École hôtelière de Lausanne on May 14-15, 2018. Jean-Marie Cardebat is a member of the workshop’s scientific committee.

Interview by Stuart Pallister - Text and translation by Andrew Brenner