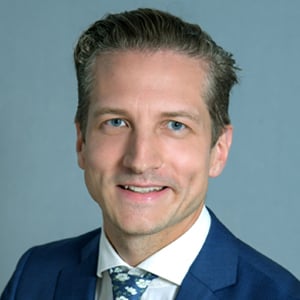 When it comes to culinary trends, vegan is one that has seen a dramatic increase over the past decade and even more so over the past few years. Health-conscious consumers and animal rights supporters from all around the world are dedicated to following vegan guidelines, cooking vegan food, and dining in vegan restaurants more than ever.

The restaurant industry as a whole has begun to include more vegan options on their menus for customers, while the number of vegan restaurants around the world increases almost daily. The new vegan culinary trends and different ways of eating has the attention of the whole world and is definitely something the restaurant industry needs to embrace and have a plan of action to meet the demand of vegan diners.

According to The Economist, 2019 was ‘The Year of the Vegan,’ with the number of people choosing the vegan lifestyle increasing substantially each year since then.

This popular culinary trend resonates differently with each individual, who all have their own reason for converting to a plant based vegan diet. From health concerns and helping to prevent climate change to saving animals, and more; veganism has definitely seen an increase in the number of followers who eat the plant based vegan food recipes and honor the exclusions that the lifestyle includes.

The increase seen in those who favor a vegan diet is not just a slight one. In fact, based on national surveys and statistics from the United Nations, there are over 79 million vegans in the world today, with the U.S. seeing the largest growth of 600 percent since 2014.

It seems safe to say that this plant-based way of eating and the vegan lifestyle is definitely here to stay in many countries around the world.

The Increase of Demand for Vegan Options in Restaurants

Since veganism is becoming more mainstream in today’s society, the need to offer vegan food in restaurants is becoming more expected. In fact, this is one of the most popular culinary trends of the decade and is even predicted to continue to grow over the next several years.

"Savvy restaurant owners and managers need to understand the importance of nurturing this popular way of eating out and make changes to include plenty of new vegan options on the menu."

The current demand for delicious plant-based food recipes and creative drink options continues to increase at an accelerated rate. Keeping up with all the new transformations in creating vegan dishes for customer eating preferences is a savvy move for restaurant operators and owners who want to get their share of this new billion-dollar opportunity in the food business.

The restaurant industry is listening and responding to the demand for more vegan restaurant menu options. Those in the business know that limiting the availability of plant-based foods could be catastrophic, as it could literally cause them to lose business from a huge customer base. And while the cost of ingredients needed for vegan recipes and cooking vegan food may cost restaurants a bit more; dedicated consumers seem to understand and are still willing to pay more for the vegan options they want. Restaurants that respond to the consumer demand for more and better vegan dishes on their menu will excel and see sales soar.

In fact, according to a study by Tastewise, a popular industry food data, statistics, and trends platform, this vegan trend is spreading throughout the entire restaurant industry, with a significant increase in demand for vegan dishes by consumers, and therefore increased sales of vegan food for restaurant sources.

To fill the need for a variety of different vegan food options for customers, more and better tasting plant-based meat alternatives are popular choices for today’s diners. Vegan products like burgers, bacon, and sausages have taken the vegan palate to a whole new level and consumers are loving the new dining options. This new and popular meat-free market is skyrocketing, with vegan meat alternative sales growing by 75 percent between 2018 and 2021. And it doesn’t stop there, as worldwide sales of plant-based meat alternatives are expected to be around $7.5 billion by the year 2025.

Although many people are just becoming aware of the vegan lifestyle due to its recent popularity, this way of eating has been around for quite some time. In fact, the word vegan was first used in the early forties by a group of vegetarians in England who rebelled to form their own organization known as the Vegan Society. Their mission statement included plans to forego the use of any products of animal origin. These items included but were not limited to meat, clothing, eggs, and dairy products.

Today’s vegan choices include not eating any meat or any food item that uses animal products. This includes poultry, fish, all red meat, and shellfish. Vegan food choices also avoid all products made from animals, including gelatin, dairy products, and even honey.

How is Vegan Different from Vegetarian?

Often, there is some confusion about the difference between the vegan and vegetarian eating lifestyle. According to the Heart Foundation, while both are plant-based diets, there are some exclusions that differentiate the two in a big way. A vegan diet excludes all animal products, which means no meat, poultry, fish, seafood, dairy, and eggs. A vegetarian diet, however, still excludes meat, poultry, ﬁsh, and seafood like the vegan plan, but does allow the consumption of dairy products and eggs.

Why Do Restaurants Need to Offer Vegan Food on Their Menu?

Restaurants and other food-oriented businesses are learning now that they need to adapt their menus and change their way of thinking in order to accommodate the new demand for vegan food and vegan restaurants. From plant-based food products to vegan desserts; savvy restaurant owners and managers are quickly revamping their menus to support the vegan lifestyle.

Due to the popularity of vegan eating, the demand for new and enticing easy vegan recipes including vegan desserts, should be a new focus for restaurants of all kinds. The vegan approach to food should not be limited to the menus of only vegan restaurants – every restaurant should offer at least a couple of vegan options for customers.

And while it may seem like a lot of planning, revising, and inconvenience; cooking vegan food and creating new vegan recipes really is not that much of a change at all, as most restaurants already use the main ingredients of a vegan diet in the dishes they currently offer as menu options.

Failing to offer vegan cuisine at a restaurant could result in a loss of customers who are looking for those creative and inspired vegan recipes. This is a huge audience restaurateurs should pay attention to and aim to please with delicious vegan cuisine options.

How to Include Vegan Food Dishes Into Your Restaurant Menu

Since so many delicious vegan recipes contain foods already used in most restaurants, changing the menu to include new and creative vegan dishes for restaurant guests should be an easy task.

In order to best serve your customers who are vegan and best incorporate easy vegan food recipes and delicious dishes as an option on your restaurant menu, here are some tips to help expand your offerings to include more vegan fare.

Tips to Include Vegan Dishes in Your Restaurant

You do not have to operate a vegan restaurant to be good at cooking vegan food! Once you have new suppliers and the staff is trained on veganism and the proper food ingredients - the fun begins.

When learning and practicing new vegan recipes, find inspiration from ingredients that are most likely already available in your restaurant’s kitchen on a daily basis. Focus on recipes for vegans that offer a variety of choices from the main vegan food options which include many types of vegetables and fruits; protein filled legumes, heart-healthy nuts and seeds, easy-to-make pasta and rice dishes, hearty artisan breads, and wonderful dairy alternatives like coconut and almond milk that offer so much flavor.

Whether you own a restaurant, manage a kitchen, or are a 5-star Michelin Chef, understanding veganism and the eating habits of vegans is crucial to operating a successful restaurant today.