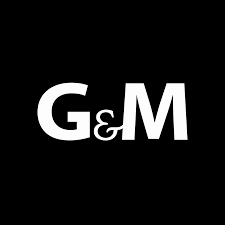 "I learned mathematics by counting crepes"

What does bread represent in your culinary world?

I am the youngest in a family of nine children with a father who was a mechanic, and a stay-at-home mother to take care of the logistical aspect of such a brood. We lived in Belleville in Beaujolais [France]. The bread ritual at home was very precise. On Saturday morning, Dad would go to buy several large loaves of bread from a very good baker and we carefully wrapped them in a cloth to make them last until the end of the week. What was left at the end of that was used to make French toast. Every Friday evening, it used to be an unforgettable treat for my siblings and I! (Full recipe below.)

Why choose to be a cook?

I have always been passionate about cooking. I am told that when I was a child I learned mathematics by counting crepes. My father cultivated a large vegetable garden where we would help him out every Saturday. One of my elder brothers was a cook in Paris and every time he came home, he prepared exquisite dishes for us. He would prepare desserts such as Grand Marnier iced soufflé, Norwegian omelet or iced nougat with candied fruit. I naturally spent my time in the kitchen after school baking cakes instead of doing my homework. Later, I dropped out of high school, where I was planning to become an industrial designer, and opted to enter a cooking school in Lyon. From then on, my career consisted of wonderful collaborations with chefs who have all become Meilleur Ouvriers de France: Georges Blanc in Vonnas, Claude Gervais in Lyon, Paul Koeberlé in Villars-les-Dombes, Joël Robuchon and Alain Ducasse in Paris, not forgetting Gaston Lenôtre in Plaisir.

I like to explore cuisines of different countries, but I have some that left a bigger impact than others. I particularly appreciate the 'cuisine of the sun', which is not necessarily found on restaurant menus, where the most simply worked products give you intense emotions. I am thinking for example of an inn near Oristano, in Sardinia, where chef Renzo Corona enhances the pasta with local herbs and vegetables accompanied by fish and shellfish from the catch of the day (www.darenzo.it)

Which meals has had the biggest impact on you?

There are so many unforgettable meals that remain in my memory, so many great chefs whose exceptional cuisine I have tasted, such as Frédéric Anton, Edgard Bovier, Georges Blanc, Alain Ducasse, Eric Frechon, Franck Giovannini, Emmanuel Renaut, Eric Ripert and the late Joël Robuchon. But if I have to choose the dish that impressed me the most, it is the lasagna with candied vegetables that my wife cooks for me on each of my birthdays.

Your recipe to seduce?

I like to cook fish for my family friends. I often bake it whole in the oven with seasonal vegetables. I season it with coarse gray salt, black pepper and sprinkle it with a drizzle of olive oil. I add a few fresh herbs and some lemon juice to enhance the sauce at the end of the cooking. All the delicacy of the dish is due to the correct cooking of the fish, the flesh of which must remain pearly white.

If you go out to a restaurant, where do you go?

Going to a restaurant is above all to have a good time with family or friends, but also to taste what I like. A nice seafood platter or an apple pudding at my friend Edgard of the Lausanne Palace is a pure delight; or a pigeon cooked on a spit at Le Raisin restaurant in Cully; unless I go to Tsalè des Paccots to taste a fondue. I often meet great chefs like Frédy Girardet there, which is not really surprising given that good places attract the same fine gourmets.