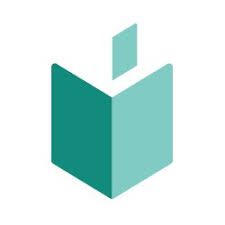 In educations.com survey of over 30,000 international students, most told them that, when deciding where to study abroad, one chooses the country first over a university or specific type of program.

And that what is considered the most important factors when choosing a study abroad destination are the following 7 factors:


Study abroad in India and discover why it’s called the land of diversity! A vast country with a kaleidoscope of cultures, religions, and traditions, India has so much to offer visiting students. Known for the quality of its education, especially in engineering and technology, India is home to thousands of colleges and universities to choose from. Beyond the classroom walls, you’ll fall in love with the sweet and addictive lassi drinks, exciting marketplaces, varied and diverse natural wonders, and rich cultural sites.


Ranking first in Asia for learning a new language is Indonesia. The largest bilingual country in the world, there are over 300 different native languages spoken in Indonesia! This inexpensive, hot, fascinating country is chock full of cultural, historical, and natural treasures to explore. Take one of the many programs tailor-made for international students, or learn Arabic in the largest Muslim nation!


Challenge yourself - study abroad in China! As the country with the largest population and the most spoken language in the world, China commands global attention. They’re the second largest economy in the world, so students interested in pursuing business or finance degrees can benefit enormously from knowing China on a deep level. Studying abroad is a chance to experience new cultures and ways of life, and doing so in China will leave you open-minded and prepared for whatever your future holds.


If you want a truly immersive experience with the opportunity to experience a diverse and exciting mix of cultures, the United Arab Emirates (UAE) is a great option! Made up of seven Emirates, each with their own laws, cultures, landscapes, and traditions, the UAE lets you experience many cultures in one location. While English is spoken, you will also encounter Arabic, Farsi, Urdu, and much more as you wander through traditional souks, try a variety of cuisines, and get to know the people that make the UAE a hospitable and welcoming destination.


Is settling in and making friends a top priority for you when studying abroad? The Malaysian city of Kuala Lumpur was rated the second friendliest city in the world because Malaysians are naturally friendly and nice to strangers. The city was also named the easiest city in the world to get settled in as an expat! Language is no barrier if one speaks English, and it’s easy to fall in love with the culture, food, and people. You can relax and feel right at home in Malaysia while exploring its gorgeous cities, islands, rain forests, and highlands.


Even if you don’t go in the Spring to see the world-famous cherry blossoms bloom, South Korea has a lot to offer to students abroad. If you’re looking for a rigorous curriculum, Korean universities are among the best in Asia where students and professors alike are dedicated to high achievement. Meals in Korea often center around a communal dish, so you’re always in good company whether you’re enjoying a quick snack from a street vendor or famous KFC (Korean Fried Chicken). After class, discover the secret to famous Korean skincare routines or get tickets to a KPop concert and learn some new dance moves.


Don’t let its size fool you, Israel is a culturally diverse country with a rich history to explore. As the third most educated country in the world, Israel is home to top-ranking universities and is a haven for entrepreneurs, especially in the tech and medical industries. Whether you settle in historical Jerusalem, liberal and cosmopolitan Tel Aviv, or seaside Haifa, there’s something for everyone. While many visit Israel for its culture, history, and language, learning Hebrew is not compulsory and most speak English. Come to Israel to have the adventure of a lifetime, but don’t forget to rest on Shabbat!


Ready for the adventure of a lifetime? Head to Thailand, where you’ll be blown away by the amazing nature to explore: from hiking through hilly villages to snorkeling in tropical seas to washing your cares away in a waterfall, the natural beauty is endless. When you need to fuel up between adventures, you’ll be happy to know Thai cuisine is among the best in the world - and cheap! Make sure to learn about Thai culture through practicing the language or visiting a Buddhist temple, since the population is 95% Buddhist. Step outside of your comfort zone for a truly magical experience in Thailand.


Multicultural Singapore is a close contender for best place to study in Asia because of its welcoming attitude towards expats! Singapore has four official languages: English, Mandarin Chinese, Malay, and Tamil, demonstrating how diverse the culture is. In business or universities, English dominates but in public may transform into the “Singlish” dialect. Thanks to its happy expat community, Singapore rates high for your ability to make new friends and widen your professional network. Universities are located in Singapore’s famously clean, green cities where you can find delicious and cheap food, great shopping malls, and year round summer!

Want to study abroad? Discover why Singapore is the ideal Asia destination for your Hospitality Management studies.


Known as the birthplace of sushi and sumo wrestling, and famous for their intricate tea ceremonies, traditional arts, and flower arranging, Japan is a country rich in culture to discover. As the nation with the third largest economy in the world, Japan is second only to Germany for being entrepreneurial, innovative, and connected. Home to world class universities, Japan has produced the most non-Western winners of the Nobel Prize (most in the fields of physics, chemistry, and medicine). If you’re looking to study in an urban, thriving, and technologically advanced place that has thousands of years of history, tradition, and culture, Japan will deliver!

International Careers: Why you Should Study Abroad?